An unprecedented number of flamingos spotted in the country this year has led BNHS to begin a pan-India census of them. 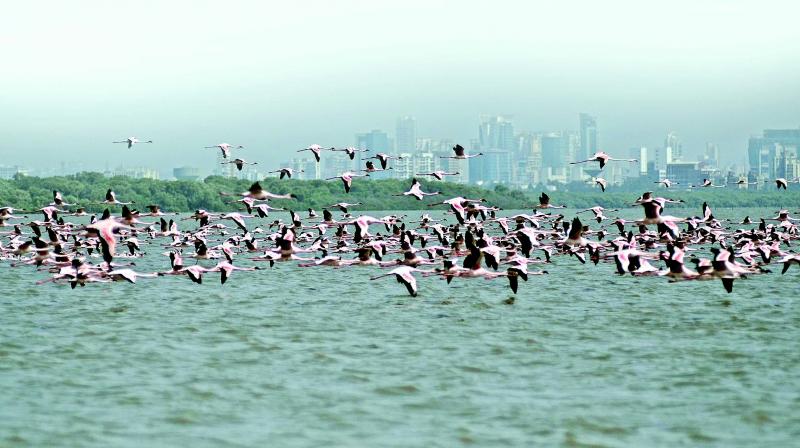 From the onset of winters, the long-legged pink beauties among the various species migrating from the European countries take shelter in the city’s wilderness turning it into a birders paradise. However, this year’s prolonged winter, besides making our days pleasant, brought in these flamingos in large number to the wetlands of India.

Though a yearly phenomenon of flamingos migrating along the Thane to Sewri creeks, this year observed a rise in the number of these feathered guests enjoying a stay. According to a report released earlier this month by the Bombay Natural History Society (BNHS), results from their census conducted in January 2019 reveal that 1,21,000 flamingos have inhabited in Mumbai. The study further shows that while the lesser flamingos are on rising, the greater flamingos are declining.

“It is very encouraging to see a large number of flamingos arriving around Mumbai. This underlines the importance of the critical habitats in and around the Mumbai region. It also highlights the necessity of such long-term comprehensive studies to understand migratory birds and chart future conservation plans,” Rahul Khot, Principal Investigator of the project and Assistant Director, BNHS, stated in the report.

Owing to their census, the BNHS, in a first, has announced a pan-India flamingo count of both greater and lesser flamingo in two phases. The first phase is scheduled to take place from 23rd to 24th February and the second in April, wherein participants are encouraged to visit any of the short-listed sites. 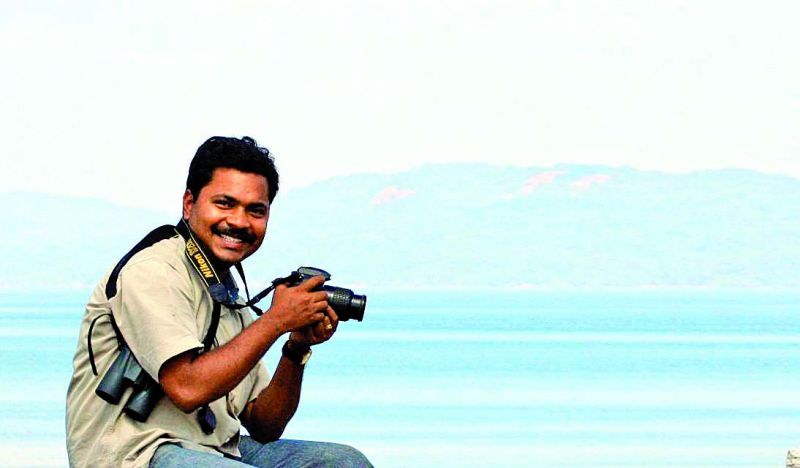 Vasudevan N, Additional Principal Chief Conservator of Forests, who has personally written to the various forest departments to support BNHS in the count says, “Earlier 30,000 flamingos would visit but it has touched lakh this time. At Thane creek, 70-80 per cent were lesser flamingos and 20-30 per cent greater flamingos. As migratory birds, they are in both coastal and non-coastal areas of our county and their presence is a clear indicator of the health of our wetlands.”

While we thank the weather of god, birder Adesh Shivkar shares the factor for an increase in flamingos in the city. “The siltation is increasing all through the shores. Over the years along the creeks, especially through the Sewri and Vasai creeks, the silt or clay has been deposited resulting in a nice shallow water habitat for them, which in turn has increased the quality of food for them as they eat the pigments found in the algae,” he states.

Among the sites from Andhra Pradesh, Delhi, Gujarat, Maharashtra, Haryana, Karnataka, Kerala, Odisha, Rajasthan, Tamil Nadu, Telangana and Uttar Pradesh that have been listed by the BNHS, participants are also encouraged to visit a site of their choice where flamingos are seen. Both the species of wading birds have also been identified under priority list of birds which needs immediate conservation interventions

Excited at the increased number of flamingos in the city as compared to last year, birder Surendra Miya from Delhi religiously goes to the Okhla bird sanctuary every morning to capture these pink birds.

“I am highly impressed and happy with the count. At Okhla sanctuary, there are about 200-300 flamingos while last year there were just a few. At Sultanpur National Park, there were 40-50. In the Basai in Gurugram and Najafgarh wetlands, there have been more than 100 flamingos,” lists Miya while adding that between the two species he mainly spotted greater flamingos.

Since the Mumbai’s Thane and Sewri creeks are known for heavy flamingo traffic, a wildlife photographer from Mumbai Yogesh Chavan reveals that these birds were spotted somewhere in Malad as well where they have been never seen.

“There is a good big stretch along the Palm beach road in Navi Mumbai, the Vashi creek, behind the TS Chanakya Marine Centre and also behind the NRI complex,” Yogesh lists the sites where flamingos are spotted. 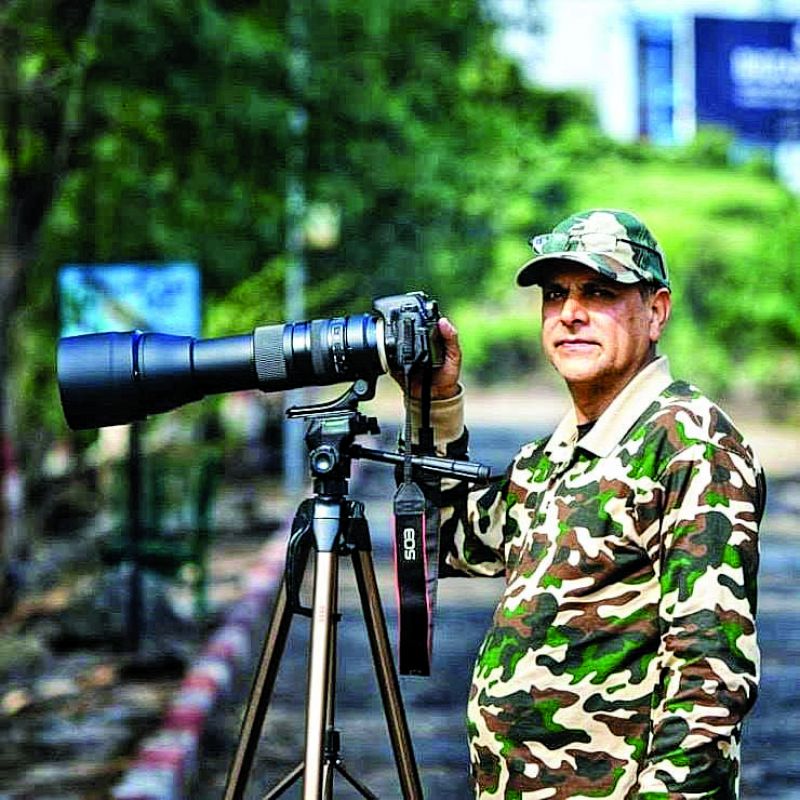 Not really a guest of southern India, a birder from Kerala Pauli Kalamassery spotted flamingos in Thrissur, Ernakulam and Alleppey. “I think the number has slightly gone up. About four months ago, I saw five of them in Thrissur,” he shares.

Professor of wildlife of Kerala University, Dr P O Nameer, who is in active collaboration with the BNHS for the pan-India count, states there hasn’t been a drastic increase but just one or two individuals.

“Prior to 1990s, we didn’t have flamingos at all and it is not a regular bird here. We spotted flamingos in Thrissur wetlands and other in Kuttanad, Alappuzha, that too only greater flamingos,” says Dr Nameer.

-Since the Rann of Kutch is an ideal place for flamingos to breed and are seen flocking in huge numbers, Vasudevan points that it is only after the pan-India flamingo count that one can decide if Mumbai is ahead of Kutch.