Working on the belief ‘be the change you want to see in others’, these 20-year-old Mumbaikars have cleaned up tonnes of litter in only 24 weeks. 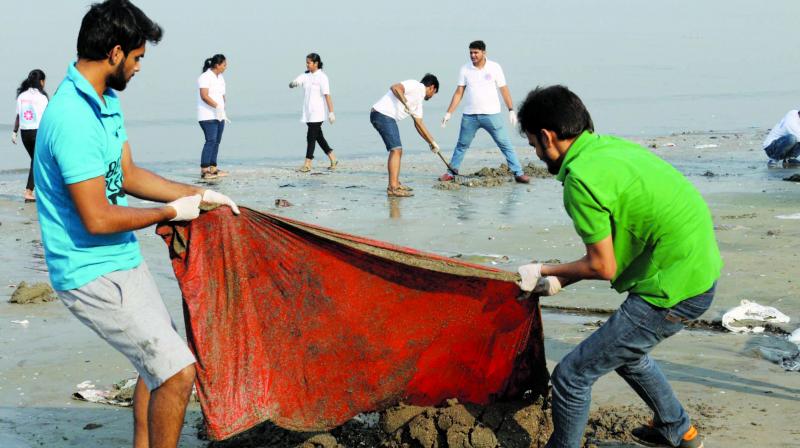 It didn’t take him long to take matters into his own hands. Soon, the final year B Com student got in touch with his Dadar Parsee Youths Assembly School friends to dispose off the trash. And within a week, Beach Please was founded.

Started in September 2017, the group has so far collected 85,000 kg of litter in only 24 weeks. And it aims to continue doing so till the beach is cleared off all the trash.

“I started with 15 volunteers and that is my core team. We collected about 300-400 of kg litter in the first week,” says Malhar. The starting point for the group remains the chaitya bhoomi entrance in Dadar.

With every member in their early 20s, Beach Please has been inviting schools and colleges to the clean up. “It is a group by the youth and for the youth. As of now, we have had 15 colleges and Rotaract clubs joining us. Vidyalankar School of Information Technology has been with us since day one,” says Malhar. 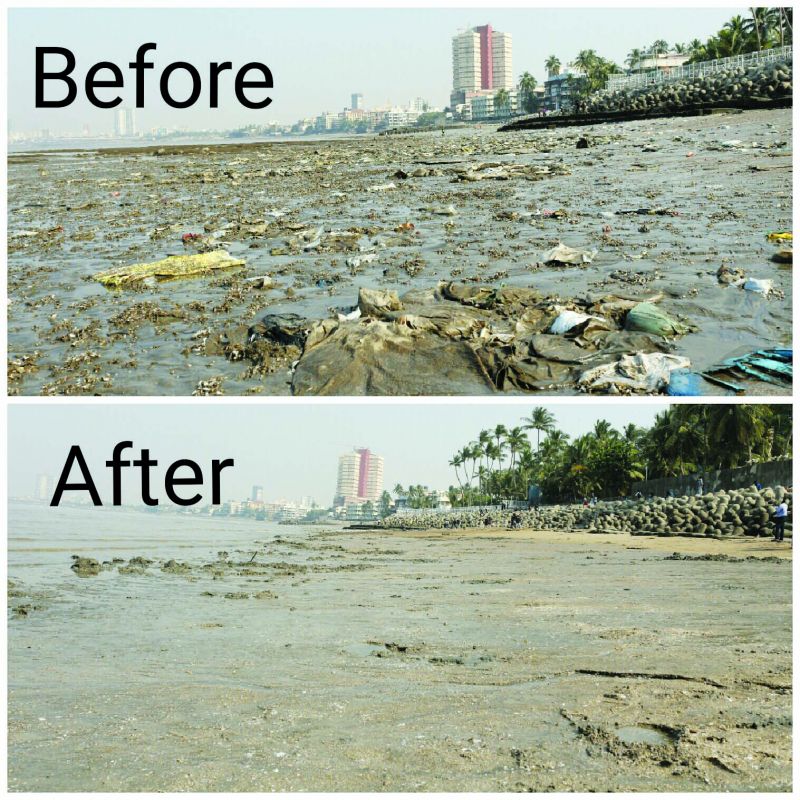 Before and after picture

Now with 100 volunteers joining them every Sunday, they collect around 3,500 kg of litter a day that is moved out in trucks provided by the Brihanmumbai Municipal Corporation (BMC). “I contacted our local MLA Sada Sarvankar who got me in touch with BMC. They also appointed beach marshals to help us,” smiles Malhar.

Malhar also takes it upon himself to stress upon the importance of keeping the beach clean. “We have to dig deep to extract the plastic stuck in the sand. Along with plastic, we have found sanitary napkins in large numbers. If a plastic takes 300 years to degrade, a pad will take 800 years, which is a huge threat to the environment,” he rues.

At times, however, their efforts have turned out to be in vain. “I have personally requested people to not litter on the beach but it has only resulted into arguments,” recalls Malhar, adding, “Recently we invited 150 slum kids to help us out. If they can get their hands dirty, why can’t every one else?”. 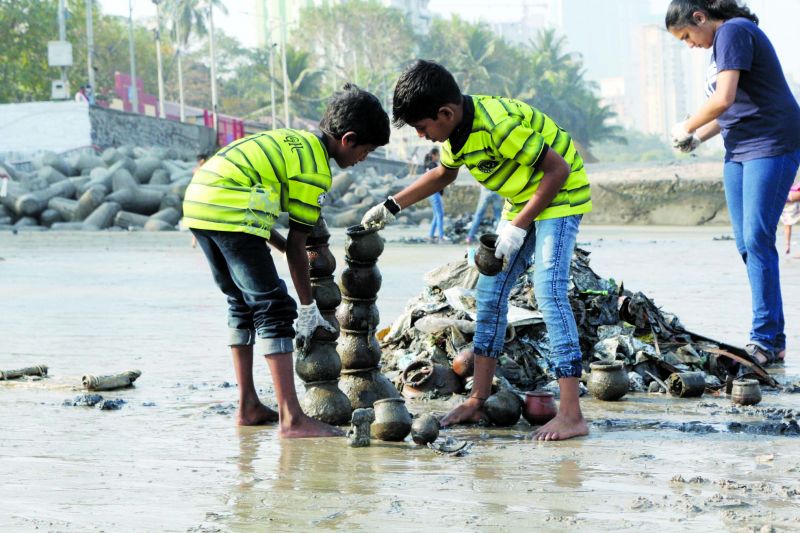 While residents have largely applauded the team for the initiative, a large section finds it irrelevant to clean the beach. However, this hasn’t discouraged the youngsters. “Somebody has to start doing the dirty work — at least we are trying. The beach is for everyone, and who wouldn’t like stepping into a cleaner space?” he asserts.

With the goal fixed for next two and a half years, the 20-year-old taking the initiative further will be conducting workshops in schools and colleges to create awareness.

“We will talk about disposal of sanitary napkins through games. For now, we are working on creating 30-second videos to create awareness,” concludes Malhar.