Ammar was at an engagement party with his family when he stood on a small table that toppled leaving him hanging outside the window. 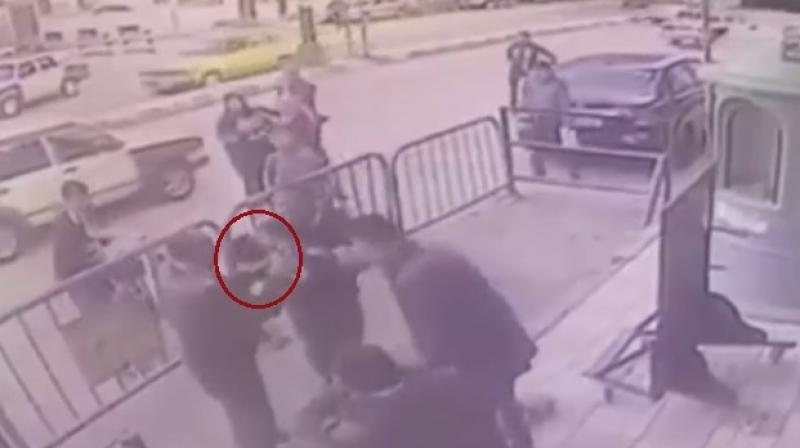 The force made Kameel fall backwards after catching the child but no one was seriously injured (Photo: YouTube)

A large number of people lose their lives in tragic accidents every year but some quick thinking can avert such horrifying incidents. Several instances of people rescuing others from such situations have been caught on camera and created a buzz online over the past few years.

Five-year-old Ammar Motaz Abd El-Salam was at an engagement party with his family when he stood on a small table that toppled leaving Ammar hanging outside the window. While no one noticed due to the crowd, a quick thinking policeman spotted the child dangling from a window on the third floor.

As Kameel Fathy Geed and his colleagues tried to stretch a cloth, the child fell into the 45-year-old cop’s arms. The force made Kameel fall backwards after catching the child but no one was seriously injured.

The mother was surprised when they went up and said that a child had fallen from the floor. Ammar’s parents said this isn’t the first time he was saved from such an accident and he suffers from a brain condition.