The curious case of crying

After PM Narendra Modi broke down during Parliamentary Party meet, experts tell us the meaning behind his tears. 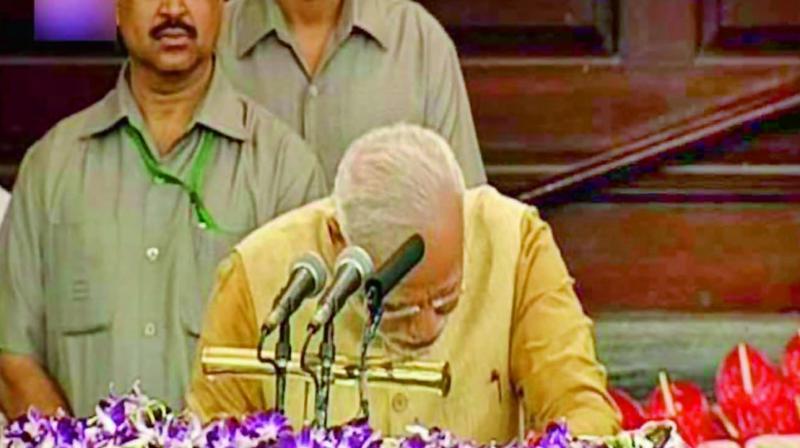 While crying is something that everybody does, a man’s tears are looked down upon in society. A man’s tears are often justified as “tears of joy” as he cannot be so “weak” to weep otherwise. Even in history, we never see great men cry. And even if they did, crying was never a sign of their weakness. Either pure passion or extreme gratitude caused them some tears. Sometimes women who cry are also discouraged in society. However, when our very own Prime Minister Narendra Modi broke down during BJP parliamentary party meet yet again on Wednesday, it raised several questions in people’s minds. Given the impeccable timing (BJP won the Gujarat Legislative Assembly election with a reduced majority), one wonders if these are tears of sympathy with the entire nation watching. Alternatively, does it just show how a leader can also be emotional at times? That a powerful leader like Mr Modi, can have a more humane side too. For instance, former US president Barack Obama too has made several tearful speeches during his rule. Bollywood’s superstar Aamir Khan has also cried in public.

Society looked down upon crying men. All along, the belief in this patriarchal society has been to associate men with power and strength, says Dr Hozefa Bhinderwala, consultant psychiatrist, Saifee Hospital and Prince Ali Khan Hospital. “Over the last few decades, gender stereotypes have been broken and we have become more accepting of our emotional self. We as a society, have moved from a patriarchal society, to the point where both genders are viewed equally. Secondly, awareness about crying, as a basic human emotion, has increased. That, as well as the fact that crying cannot be relegated to one particular gender alone. Crying releases hormones causing relief to a person that happiness does. Even our media has started portraying crying as a normal thing. Men always knew that crying is okay, but because of societal expectation, they tried to refrain from it. Every human being has the privilege and right to cry when they feel like it.” 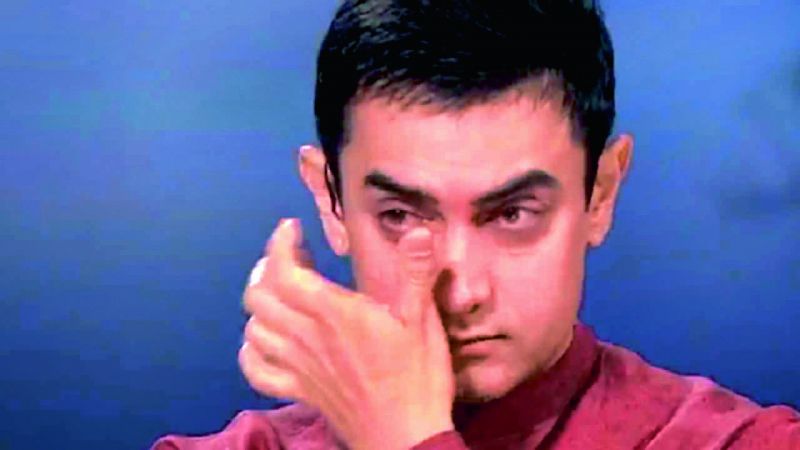 Aamir Khan has cried on his show Satyamev Jayate

Physical health was always considered important in society, but now people have started to realise the importance of emotional health as well. This is the reason crying was not given its value, and is now getting its due, even when it comes to men,” she adds.

Professor Aparna Rayaprol, Department of Sociology, University of Hyderabad, sheds some more light on the matter. She says that politicians sometimes cry to gain public sympathy. “Any human being can cry; there is nothing weak or wrong about it. There is and should not be any gender attached to it too. I think, this whole thing that ‘men and boys’ do not cry is prevalent in society as we are quite patriarchal. This idea of masculinity is completely juvenile. Having said that, one point that can’t be missed here is that politicians do such things to grab attention also; it can be a man or a woman, crying certainly means gaining public sympathy,” she says. 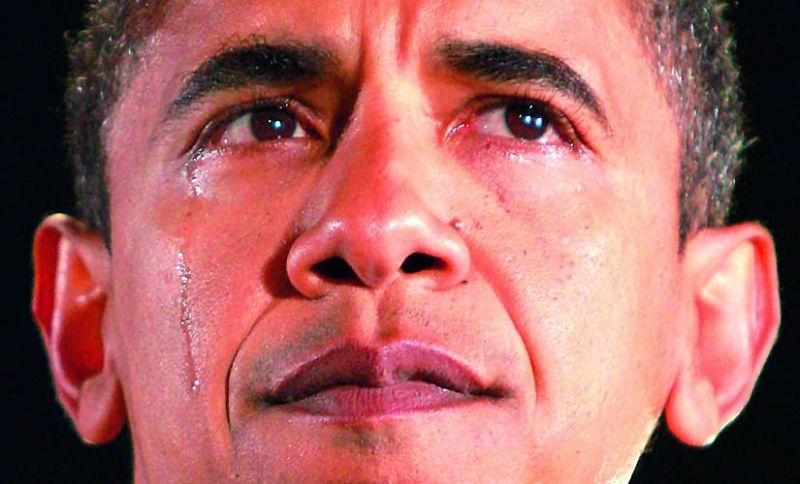 Interestingly, several memes and tweets followed Mr Modi’s crying. A Twitter user, @imkutkut, wrote, “Am I only one noticing that @narendramodi talking too much too much only about him... as if only his life matters! Appearing highly insecure, weak, crying on stage for sympathy. I seriously feel he needs to visit psychiatrist... no harm. His mental health is important for India (sic).” While another user added, “Narendra Modi is a crying baby. Dictators do cry to fool ppl & gain sympathy (sic).” 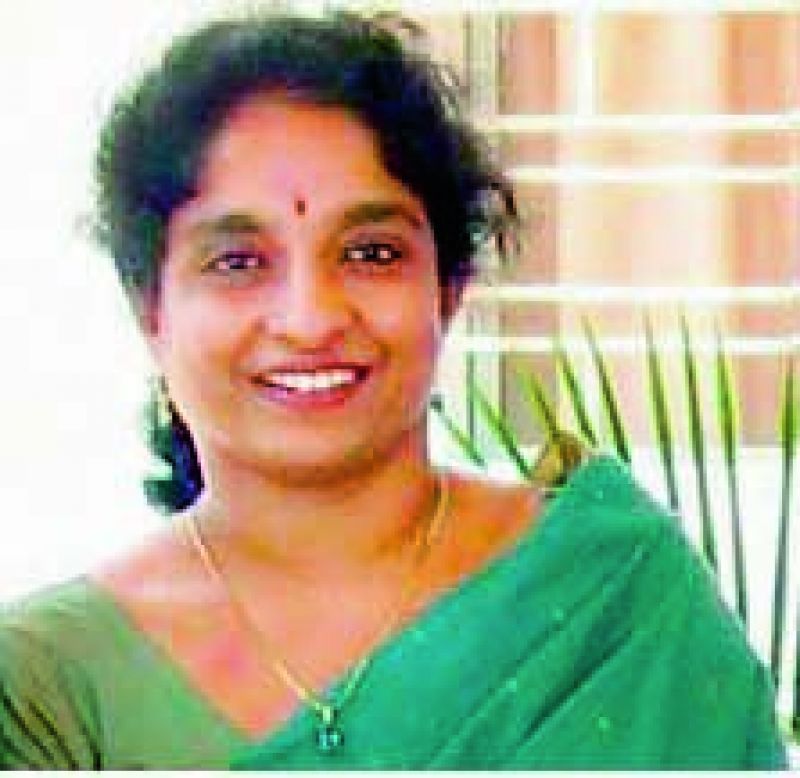 Psychologist Dr Rita Gangwani says that the idea that men don’t cry is made up by society. She adds, “Crying or expressing emotions are always treated as feminine qualities and that men are stern and tough, and can deal with any situation thrown at them with ease. However, that is not the case. Men are equally vulnerable and can cry, or experience other emotions like women do. In fact, crying de-stresses a person and can be healthy in certain situations. PM Modi crying about the difficulties he faced during his Gujarat campaign only makes him more humane and relatable. It shows that no matter how tough a person is they can break down, and it’s okay.” 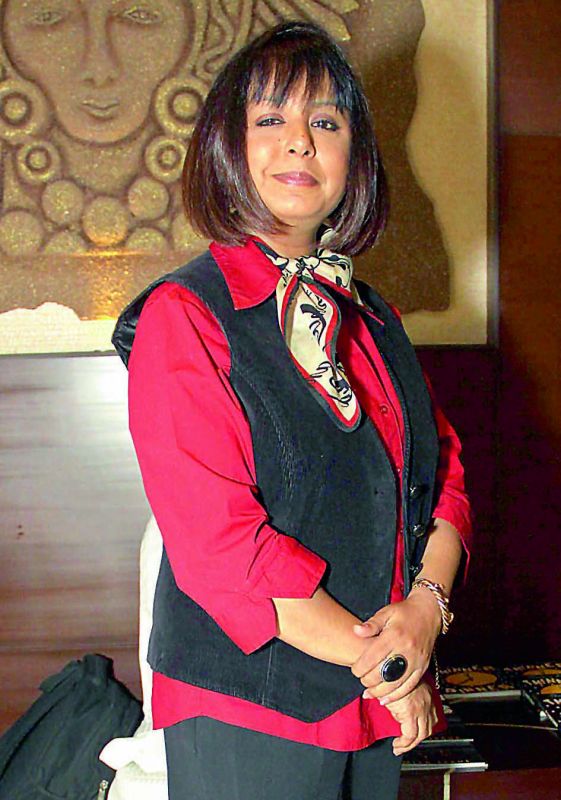 Psychologist Dr Latha Janaki, from Chennai, opines, “Crying is a way of expression — it might be due to happiness or sadness — and gender has got nothing to do with it. We, as psychologists, don’t look at a man crying in terms of the societal stigma, but only as his way of expression. In the past, people had the misconception that since men are physically stronger, they should also be the same mentally and shouldn’t cry — this is how the stigma was put into the minds of people. Those days, nobody had questioned this thought but thankfully, the young generation has started breaking this notion and has started realising that a man breaking down is not a sign of weakness at all.”