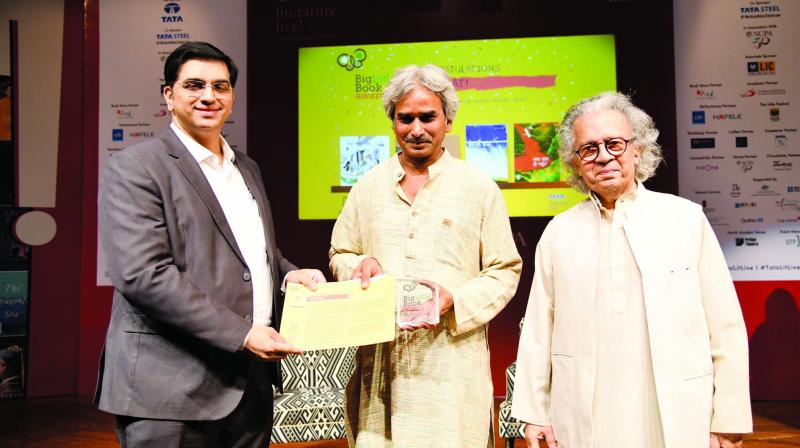 Prabhat and Priya hope that more people will make an effort towards the Hindi language and generate children’s content.

Elated by their big win, both Prabhat and Priya hope that more people will make an effort towards the Hindi language and generating children’s content in the coming times. “When an author is awarded, it not just that person gaining recognition, but literature too. This also generated interest among children towards literature,” says Prabhat, who has written Kalibai, Paniyon ki Gadiyon Mein and the Cycle Par Tha Kauwa— which is a series of short poems, among others.

For Priya, an award encourages her to do more work for children. “I have never counted the number of pieces I have done, but I just enjoy doing it so much. It is nice to be acknowledged with people noticing it. It is quite encouraging and I hope more people pay attention to children’s books,” says the illustrator, whose body of work includes Ammachi’s Glasses and The Pottering Pig, to name a few.

Held on the sidelines of recently concluded TATA Literature Live, the awards aim to create a platform for young readers, parents, and schools alike to engage and become aware of authors of different languages. The goal, according to the organisers, is not only to ensure that every child experiences the joy of reading, but ‘good’ reading.

Agreeing that the general atmosphere of literature is slowly becoming thin, Prabhat opines that reading habits can easily be inculcated in children if the family shows an interest in literature.

“The situation is different in a village than a city. In the village, the children are always surrounded by oral transmission of literature in their local language tradition, and they absorb a lot of it too but is not given much importance. In comparison, the education of a city kid shows a lack of interest in literature,” rues the author, who started off writing for adults, slowly making inroads to children’s stories through Champak.

Priya, on the other hand, when illustrating for children makes sure to keep her content in check by not making it too preachy but incorporating humour.

“My content is not filled with stereotypes. I ensure that anything that is political in nature, like the skin colour or body language of character, who these characters are, what social background do they come from, etc. are not part of my work. Because things like these get ingrained in the mind from a very young age. I try and give a thought to everything that I put in my books,” smiles the graduate of National Institute of Design, Ahmedabad.

While she also illustrates for adults filling in figures and colours with utmost maturity, Priya upright dismisses the myth of children liking bright colours. “The colour depends on the genre of the book. If it’s a horror, I will use a certain kind of colour palate,” she explains.

Talking about the lack of Hindi literature for children, Prabhat is hopeful about the changing scenario and wishes that more writers take up Hindi literature. “It’s true that there isn’t much literary work in the Hindi language. But in the last couple of years writers like Sushil Shukla have slowly built a good atmosphere,” he concludes.