A 500 cc Royal Enfield motorcycle was used as the personnel covered a 1200 metre distance. 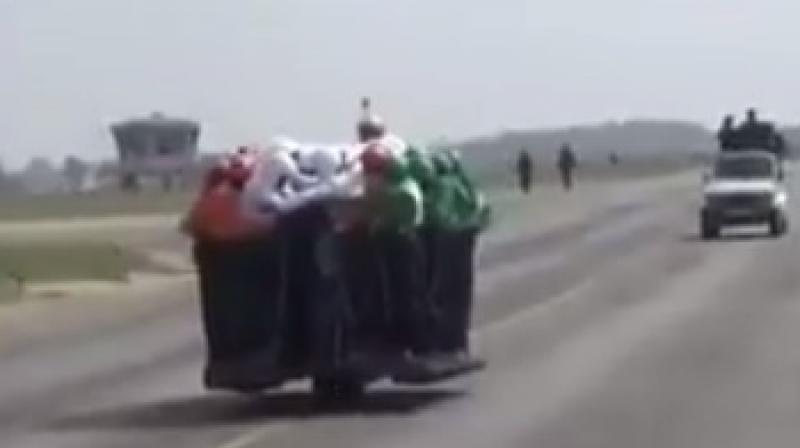 The team has 19 world records and national records to its name (Photo: Twitter)

The Indian Army just made headlines for another extraordinary feat and created a world record for most men on a single motorcycle. In a thrilling display of skill and daredevilry, 58 Indian Army personnel rode a motorcycle at the Indian Air Force base in Bengaluru.

The record was set by a team of the Army Service Corps (ASC), better known as the ‘Tornadoes’. A 500 cc Royal Enfield motorcycle was used as the personnel covered a 1200 metre distance.

Motorcycle team of #ArmyServiceCorps, #TORNADOES, broke another World Record on 19 Nov 2017 where in 58 men rode on a single moving motorcycle.The act was performed for the Guinness Book of World Records, Limca Book of Records and Unique World Records at Yelahanka #Bengaluru. pic.twitter.com/80UG8FNh9i

Major Bunny Sharma led the corps dressed in colours of the national flag on flanks attached to the bike that was steered by Subedar Rampal Yadav. The team has 19 world records and national records to its name and have showcased their skills at more than 1000 shows.

The team members worked hard for 10 months to achieve their 20th record.