The huge snake had sunk fangs in her legs and was about to wrap itself around her when monks heard the woman's screams. 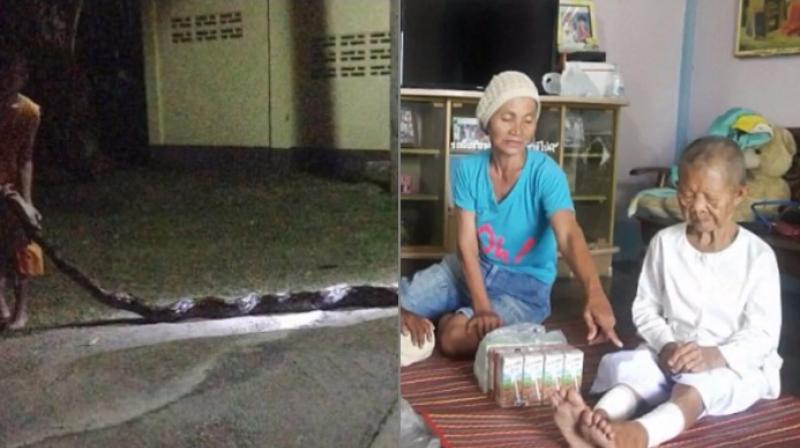 The python was captured and later released in the wild (Photo: YouTube)

Pythons are terrifying creatures that can grow up to several feet in length and once they have a person in their grip, survival is nothing short of a miracle. But some people are lucky enough to be attacked by these massive serpents and live to tell the tale.

85-year-old Chin Darachan is a nun from Thailand is a frail old woman just four feet tall, and in a horrific incident she was attacked by a 26-feet long python as she walked out of the toilet at night. The snake attacked Chin when she opened the door and bit her leg before she could escape.

As it began wrapping itself around Chin’s tiny frame, monks who live in the compound heard her screams and rushed to the spot. They used pliers to attack the python and drive it away from Chin who had to get 20 stitches on her legs where the python had sunk its teeth.

Monks caught the python and stretched it on the ground as they estimated its size to be eight metres before releasing it in the wild.