The world of sports is not alien to the Padukone sisters. Their dad, Prakash is a legendary and iconic badminton star. 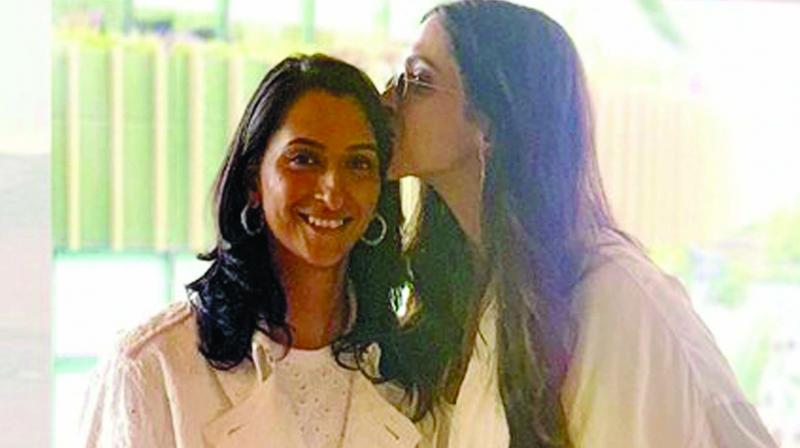 Golfer Anisha Padukone who is also the director of the Live, Love, Laugh Foundation talks about her memorable experience at the Wimbledon Men’s finals in London, in this exclusive chat.

Golf player and Bengaluru girl Anisha Padukone was one of the privileged Tennis fans to watch the Wimbledon Men’s Final between Roger Federer and Novac Djokovic live in London on July 14. Anisha was spotted twinning in a Ralf Lauren white outfit along with her star sister Deepika Padukone. She also shared images of the exclusive invite on her insta account. “I happened to be in London and got invited to this match; it was sudden and was so exciting. We didn’t think it would last five and half hours but to watch Federer and Djokovic is always a treat. And while I have always been a Federer fan, Djokovic played very well and deserved to win. And given that the fact that majority of the people there were rooting for Federer, it was wonderful to see Djokovic maintain his cool and play a good game. Federer has handled his defeat very gracefully but that is what sport teaches you” she recounts.

The world of sports is not alien to the Padukone sisters. Their dad, Prakash is a legendary and iconic badminton star. “I have always been passionate about sports given that I come from a sporting family but the three games that I follow include tennis, football and cricket,” she says.

July 14 was a significant day for any sporting fan as two big events — the World Cup Cricket Finals between England and New Zealand and the Wimbledon Men’s finals were taking place at the same time. “I know that both the World Cup finals and the Wimbledon finals were happening at the same time but since we were at Wimbledon, we didn’t know what was happening outside till we stepped out. Yes, it was a difficult choice to make for a sporting fan but since India was not in the finals, it was easier in a way.” 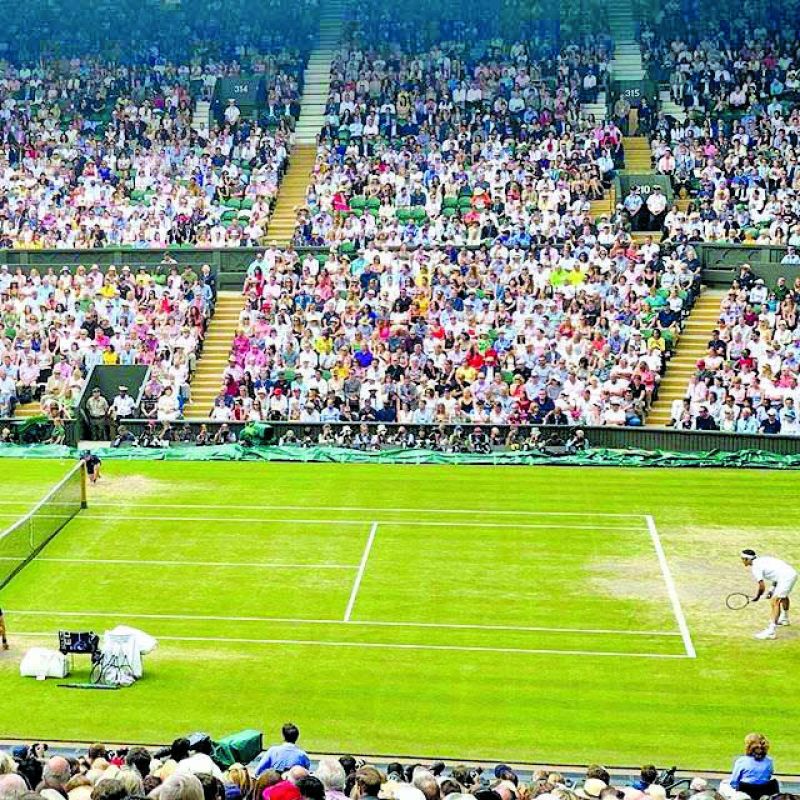 The nail biting match between two of Tennis’ greatest players was just the stuff that ideal dreams are made of. But Anisha is not new to the Wimbledon stands, “This is not the first final that I watched. I was there the last time they played as well.” And she also happens to be one of the most envied girls for having had the opportunity of meeting both these players. “I met Djokovic the last time at a dinner and he was really nice. I am not enamoured by the biggest of movie stars but I do get a wee bit awestruck when I meet my sporting icons,” she adds.

Anisha recounts her experience of meeting her favourite player Roger Federer at WTF in Delhi, “His manager heard Deepika and I were there and asked us to join him for a private dinner with Federer. It was wonderful to spend time with him as I was seated right next to him. I obviously asked him a lot of questions but I was touched when he took a personal interest in my golfing game. Yes, I took tips from him and he also talked about how his coach’s death had changed him as a person. Federer’s coach, Peter Carter passed away in a car accident during his honeymoon at Kruger National Park in South Africa, Federer used to have a really bad temper but his coach’s death changed him as a person,” she adds.

Moving on to her golf career, she pragmatically points out, “My golf career has been an exciting journey so far with many memorable wins and experiences. I also got to travel to some wonderful countries and make new friends too.” Anisha however is getting more and more involved with the Live, Love Laugh Foundation. “I am also the director of the Foundation and my work here has increased as we have expanded considerably in the last three years. There is a lot of stigma still associated with depression and we continue to spread awareness and change the way people look at mental health. I will have to take a call between my golfing career and my role here at the foundation. Currently, I do travel a lot but am good at doing the balancing act as sports inculcates a sense of discipline and balance in you,” she says.

Ask her how involved Deepika is with this pet foundation of hers and the sister replies, “Deepika is very involved with the foundation and it is my role to translate her vision and we both are very close so it is an organic process. As everyone is aware, she went through her share of depression and we as a family had to learn to deal with it and that has been the main trigger in starting this foundation to reach out to those who are depressed. She has paved the way for others to talk about their feelings with their family members as they feel ‘if Deepika can do it, why not I.’ Yes there are trolls and skeptics who will criticise her, no matter what she does, but we don’t really focus on those people.”

More power to the Padukone girls!.