This Hyderabadi scientist has made his presence feltat the recently concluded BRICS summit. 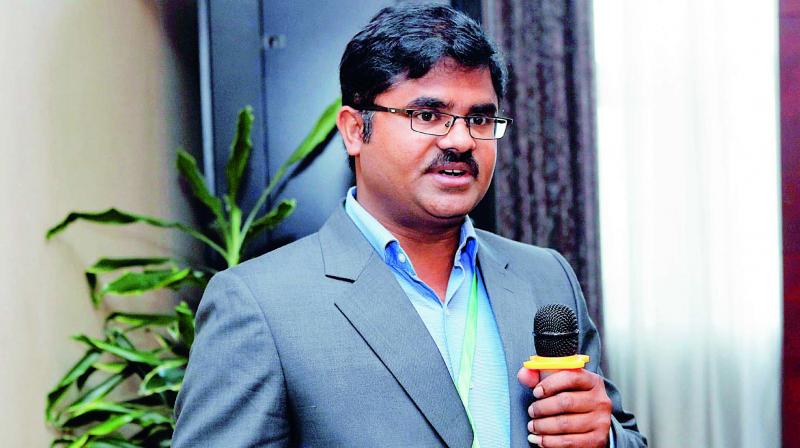 Obtaining his PhD. from Indian Institute of Science, India, he moved to King Abdullah University of Science and Technology (KAUST), Saudi Arabia, to work on broader aspects of solar cells. He informs, “The new strategies for fabricating monocrystalline thin film perovskite solar cells were briefly discussed at the young scientist’s forum. A good response was received from Professor Hanying Li, Department of Polymer Science and Engineering, Zhejiang University, China. During my visit to the Zhejiang University, Professor Wu Gang evinced interest to collaborate on the 2D perovskite materials. The possibilities of visiting researchers for four to six months are mutually agreed, and I look forward to any bilateral proposals from the Department of Science and Technology (DST), India, to implement the same.”

The BRICS forum this year was centered on three subjects — energy, material and biotechnology. It was a wonderful platform for academic and policy exchange for young scientists from five countries. “I should thank the Department of Science and Technology, India, for providing me the opportunity to participate in BRICS,” says Dr Murali. adding, “Undoubtedly, it helped us grow our skills and also stimulated our interests in the strategic research of future technologies; in my case solar energy.”

Interestingly, Dr Murali did his Masters in Chemistry at University of Hyderabad. It is a great achievement for Dr Murali, who is originally from Koulpur-Village, Nandipet-Mandal, Nizamabad-District, Telangana, to have attended a meeting of this grandeur and magnitude. “I am thankful to my family for giving me moral support and without them, I would not have gone this far,” he says.

His contribution to the photovoltaic (Solar Cells) research is evident from his 45 publications in nature, advanced materials, JACS, Angew. Chem., etc. He is also the current Editor of prestigious journals like Frontiers in Optics and Photonics and Frontiers in Physics. “However, more is yet to be done from India and I wish we can establish a strong interdisciplinary network in our country too,” he says.

Dr Murali’s other interests include making chemistry video lectures for graduate school children, reviewing the submitted manuscripts, spending time on Research Gate to answer queries from researchers and, during his free time, writing the review articles. “At home, I enjoy playing music and gardening,” he concludes.