Baby goat that has 'demonic' face, born in Argentina

First such incident in San Louis province, one of three kid born to goat shows human features, dies within three hours of birth. 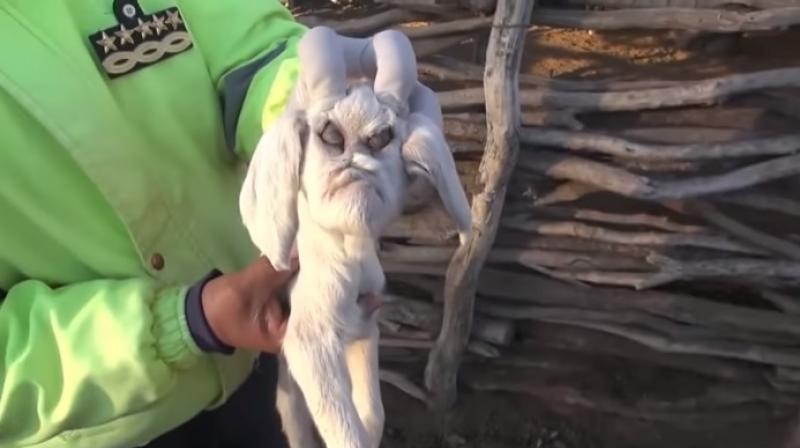 Close up of the 'demonic' baby goat born in Argentina (Photo: Youtube)

In a bizarre incident, a baby-goat was born with ‘demonic’ human-like features in Argentina shocking locals and creating quite a stir after photos of the animal went viral.

The got, born to owner Gladys Oveido, was born with protruding eyes and a flat face in San Louis province in central Argentina, surviving for three hours before dying.

The owner said that she was both shocked and confused to see the kid with strange human like face andfeatures.

The kid was one three that was born to one of Gladys’ goat.

The goat had her eyes raised but the rest of her body was normal Gladys told local news outlet El Chorrillero.

Oveido said she tried to feed the kid milk from a spoon but three hours later its health deteriorated.

Oveido said she has no idea why the goat may have been born with such features and it is the first time it has happened within their area.

In fact the locals were so terrified with the birth that the police was called in to investigate.