Celebrated Russian cosmonaut Mikhail Kornienko speaks about his adventurous career and his love for India! 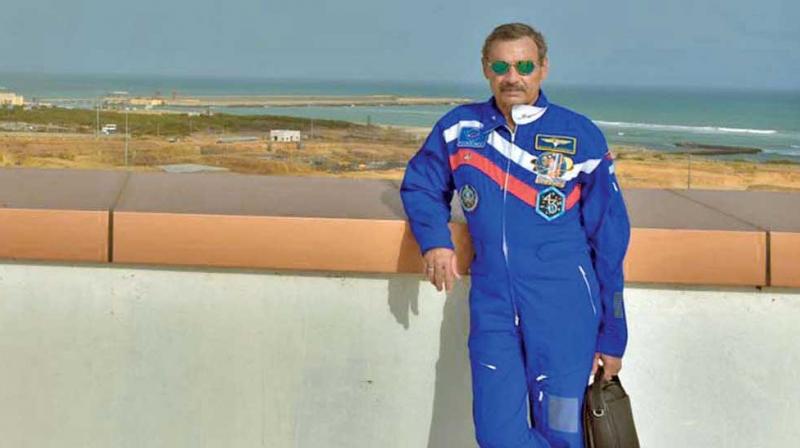 When we see Russian cosmonaut Mikhail Kornienko talking, there is a sense of pride and humility that he carries within himself. The pride we see in his eyes is characteristic of his fantastic achievements.

The cosmonaut is now in the city representing Russian State Atomic Energy Corporation ‘ROSATOM’. In a freewheeling chat, Mikhail shares his insight about the whole experience at ISS, his desire to meet Rakesh Sharma and more.

Mikhail’s childhood dream was to become a cosmonaut. Recalling the moment he realised that he would want to become one, he says, “I remember the day when my father brought a piece of an orange parachute from one of the rockets. My mother actually stitched a skirt out of it (laughs). My father was the Commander of the search team. He was the one, who rescued the first lady cosmonaut Valentina Tereshkova when she landed on Earth!”

The day when Mikhail got selected to aboard the ISS, he was elated — “The feeling of working in space starts to sink in over a period of time, say one and a half years when you begin training for your ultimate journey.”

Speaking about his mindset when he was on the mission, he reveals, “The desire to return back to Earth was a requirement. So, it was always on my mind to complete our work and then head to our planet. There were many adventures and it is difficult to be in control. “

Sharing his near-death experience, he asserts, “There was satellite debris travelling at the speed of 14 km/sec coming towards us. People were monitoring from the Earth and they didn’t warn us about the presence of it. As per the Russian requirements, we closed the hatches and the wings — we shut down our operation for a while. Three of us were sitting in the ship and the only salvage point was that our ship was small when compared to the entire space station. The impact of the debris would be less.”

Mikhail also adds that space is much nosier than Earth. “It has noise levels of 80 decibels because of the exchange of air. It is not silent at all. Within a day or so, you get accustomed to the sound and start working.”

Lauding India’s achievements in space science, he expressed his wish to meet Rakesh Sharma. “I’ve followed Rakesh Sharma’s achievements and I hope I get to meet him. India is working hard when it comes to space research and I’m open to lend my hand and work with the people here.”

On his visit to Koodankulam, he quips, “It is the best example of hard work and it opens the discussion about how we (Indians and Russians) should be working together in future.”

Mikhail also has a high regard for Indians. “I find Indian people beautiful. I have had the most positive feelings during my visit. The mentality of Indians is what impresses me much. When I see the people in Chennai and India, I feel they’re my own! In my trip, I will hold the Russian-Indian friendship close to my heart. My wife has requested to get her a bracelet and I look forward to shopping,” he shares as he bids adieu.