A new trend hits the capital, where people who have online support groups come together to cheer their favourite team and player as one. 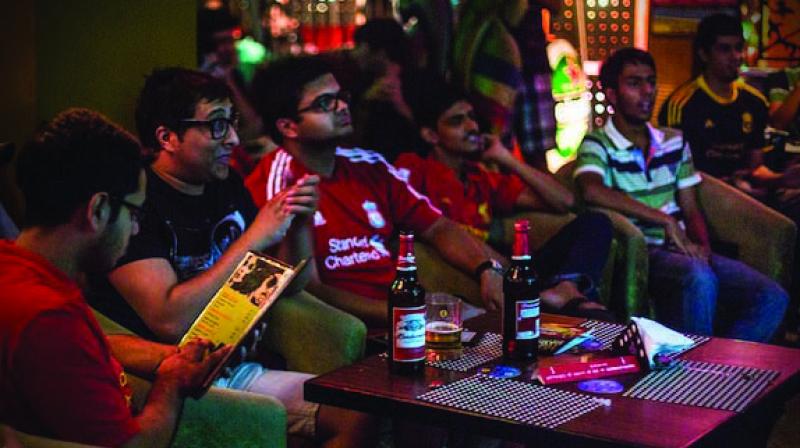 During a world cup, be it ICC Cricket World cup, FIFA or even IPL, there are a number of cafes and clubs across Delhi NCR, which are providing proper screenings of the LIVE match for fans.

Delhi is known for its café and bar culture tradition and recently these places are increasingly growing more and more.

Places like these are becoming a getaway for people during the weekends.

During a world cup, be it ICC Cricket World cup, FIFA or even IPL, there are a number of cafes and clubs across Delhi NCR, which are providing proper screenings of the LIVE match for fans.

It is observed that people tend to live their lives more virtually, kudos to social media. But what if one finds a group of like-minded people having the same interest.

A new trend has hit the capital, where people snap out of their glossy online world and make eye-to-eye contact with the ones they met online via social media groups. 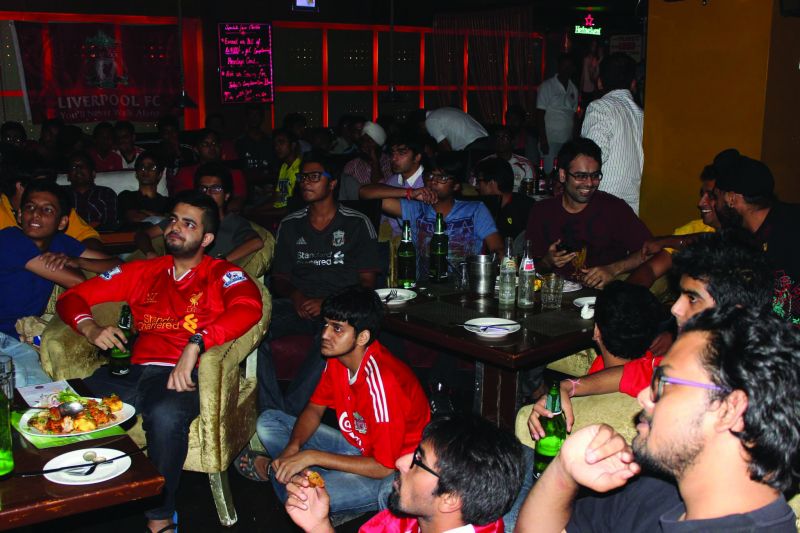 There are a number of groups on Facebook and Instagram, where they support a team or a player. Through this people organise hookups, especially during World Cup matches. It has become a popular trend for people in Delhi to go and relax while watching live matches with many fans supporting as one.

One such group is DelhiKop, it is the official Liverpool FC supporters club for those residing in Delhi NCR and nearby areas.

Shantanu a Liverpool fan and a member of DelhiKop says, “I do not miss any match of my favourite team when it comes to LIVE matches. I prefer to go where the event is organised as I can see my group supporting the game, every time I walk in a bar or a club where my team has booked the venue it feels like I am watching the match in a stadium and it’s a great experience.”

Another support group is Arsenal Delhi, which is a club recognized by Arsenal Football Club in London, England. The aim of the club is to create a community of Arsenal fans to and a similar culture of Arsenal in Delhi.

This, for a change actually puts social media in a good spot as for once, it is observed that social media actually helps people connect in real life as well.

Rahul, an avid Arsenal fan, shares, “I am a football fan and I don’t have friends who like football the way I do, I found one such social media group on Facebook who meets each other almost every weekend. This not only helped me to find a support group of my favourite team but I met and socialised with many people there and ended up being good friends.”