‘Lady luck had smiled on me too’

To grab a WC wicket with your first delivery is special as not too many people on the world will achieve it. 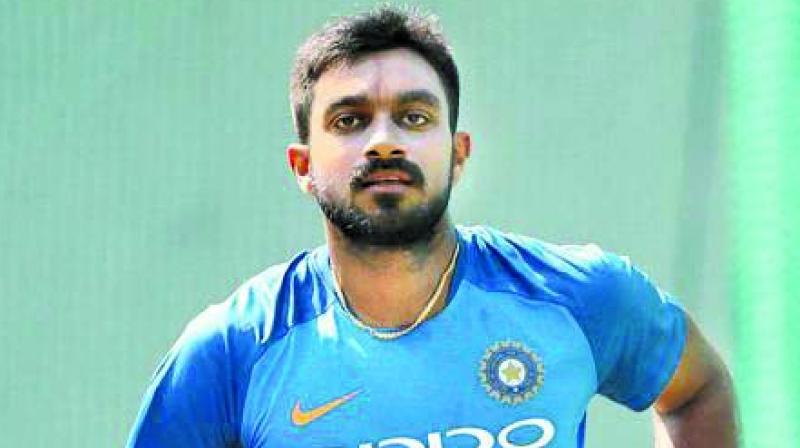 The first World Cup delivery new wicket-taker Vijay Shankar was bemused when Kohli turned on him to deliver the remaining deliveries of injured Bhuvi's over against Pakistan on Sunday but the other such bowler, Malachi Jones (Bermuda) was not even scheduled to play the World Cup match against India in 2007, but lady luck smiled on him and he took the wicket (of Robin Uthappa).

“Having only being 17 at the time I wasn't expecting to even play a game to be honest. I was only there for the experience. But do to one of the main bowlers getting into trouble one night causing him to get a one match ban. Still I didn't think I was going to be the one to replace him as other reserves were older than me at the time. Having said that once my name was called in the starting 11 it came as a shock but surprisingly I was nervous”, Bermuda's right arm fast bowler, said. .

“I didn't really feel anything at the time of the wicket I was just celebrating. But the emotions really came when I got on the bottom of a dog pile and realised how excited the team was until I was having trouble breathing while being crushed from team mates. The tears were mixed emotion with joy and fear. Took me a few deliveries to gather myself again but I bounced back”.

“To grab a WC wicket with your first delivery is special as not too many people on the world will achieve it and to be a part of a small special list of names will forever be cherished by me and my family”.

“To Vijay, I’m sure he is happy and just to be a part of any Indian 1st team is a huge achievement. I congratulate him and wish him a long successful injury free career playing alongside of some of the world's best”, he further added.