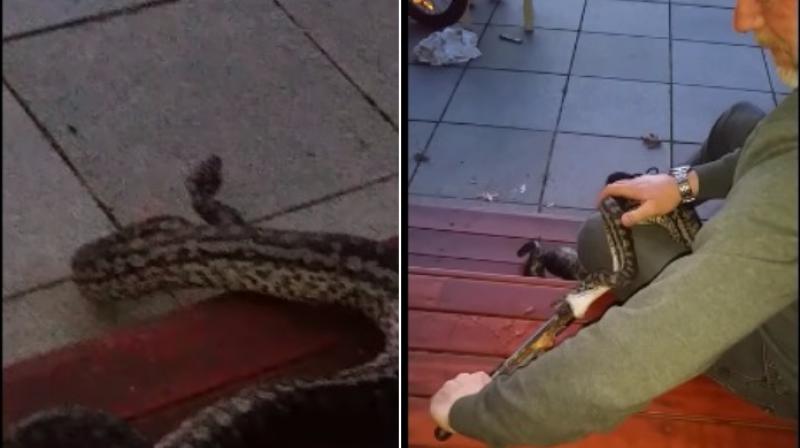 Viral footage shows owners massaging the utensil out of the pet reptilian are mouth (Photo: Youtube)

Have you ever read the story about the ostrich who swallowed a boiling potato? It turns out that it was not the only one. Recently a snake did something equally bizarre!

Well, this snake it seems was very hungry! A greedy pet snake in Australia nearly died when it tried to eat a pair of kitchen tongs.

One of its owners filmed the moment they made Snickers, the snake, regurgitate the massive tongs out of its gut to keep it alive.

The video, which has since then gone viral shows the owners massaging the tongs out of Snickers’ throat while the person filming stands in awe and horror.

"It's stuck on its jaw," the man says while struggling to pull the tongs out.

The other man warns him to take it slow. "Give it time. That's the wrong way," he says.

After over an hour, poor Snickers was rescued out of the uncomfortable situation and its owner threw the tongs as far as he could from the pet.

Snickers it turns out is not very happy about the incident.