With more celebrities opening up about mental health, we find out if the stigma attached to the issue will go away completely in the near future. 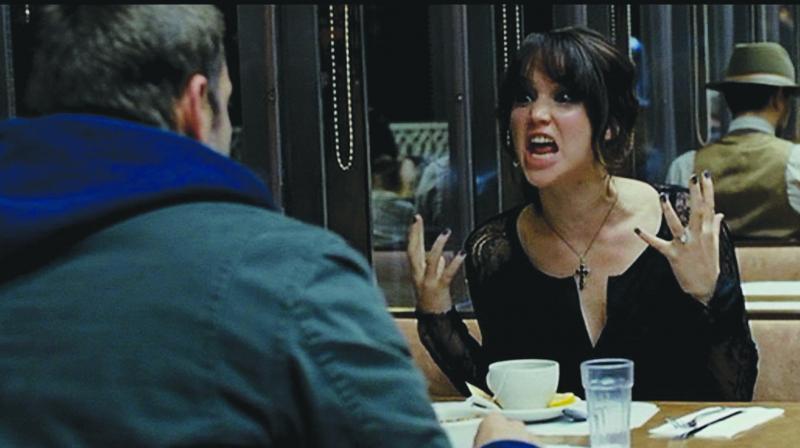 A still from the film Silver Linings

From Deepika Padukone to Zaira Wasim to Angelina Jolie, slowly people are deriving strength. Psychologists and mental health activists opine how this change could give voice to the common people.

Mental afflictions are as common a possibility as physical illness believes Mukesh Gupta, Chairman Tourism Committe PHD Chamber of Commerce. “It is a general observation that people brush aside or fail to acknowledge the problems like depression, anxiety, phobias, etc. A major factor behind this tendency is social stigma. The new trend of opening up, especially by the celebrities, would send positive signals across the society. The mental infirmity then appears more human and the sufferers do not look at themselves in isolation. If successful people like Zaira Wasim or Deepika Padukone can face it and fight it out, we can too.”

Star power wields great influence over fans, he adds, “It is a healthy trend that the stars are not shy of showing their human side with great honesty. The activism of celebrities, even though it is confessionary or meant to offload a burden from their heart, is doing good to the society at large.”

A 28 year old, Rahul Bakshi (name changed) shares his experience, “I was always scared to admit that I suffered from OCD and panic attacks but now things have changed. People don’t mock me anymore for suffering from these problems. Awareness has increased and people show compassion and empathy. Stars are leading the way. This makes me feel stronger and more expressive. I go for therapy and have been on medication for two years.”

People need help and so do celebrities. Aashmeen Munjaal of Star Salon and Academy shares, “We being hair and makeup artists work with celebrities on a daily basis, often witnessing the kind of breakdown they go through. It’s not just about competition or taking care of how they look or even their social reputation. With the online media being so dominant, one gets caught in the number of likes or the number of followers they have on Instagram or the kind of news that’s going viral about them. And these often add up to their emotional and mental breakdown.”

People often forget that even celebrities are humans at the end and have the same feelings and the kind of resistance that we show in our daily lives. Aashmeen adds, “Even they need someone who can listen to them — be it family, friends or even professional help. Sharing is really powerful and it gives hope to the ones who are at present going through the same thing. If a celebrity is opening up about their mental health, it makes the masses feel that it’s something common. Rather than keeping such critical problems limited to themselves, they look out for solutions that will help them deal with it.”

It’s very easy to accept physical illness, whereas one tends to equate the mind to ones existence and sense of self. “Having something wrong with one’s mind leads to the feeling of losing oneself, which can be quite frightening. This in turn leads to suppression or denial of one’s state of mind. The only way to deal with this is to face it,” says Dr Mamta Shah, Clinical Psychologist.

On the other hand, life coach Suneel Vatsyayan, feels it doesn’t have a large impact, “It is temporary. We welcome and respect their courage to talk about their mental health issues and it is good for them to talk once they have gained strength. People put celebrities on high pedestal and there is a disconnect. Celebrities have star power and good intentions, but it needs sustained efforts like Deepika Padukone’s foundation about mental health. More and people need to come forward from different walks of life with their personal experience in creating a safe environment of acceptance of issues which are hard to talk about,” he signs off.
With inputs by Angela Paljor