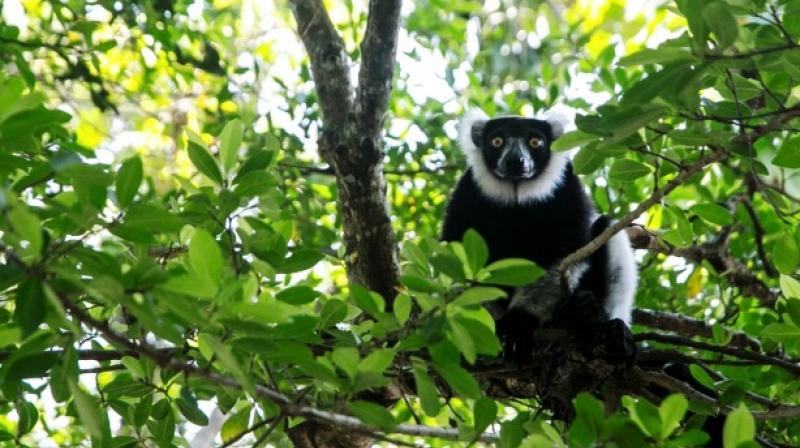 Madagascar: Under a leaden sky, six rangers walk silently in single file through Vohibola, one of the last primary forests in eastern Madagascar. Alert to the slightest movement and sound, Michael Tovolahy's patrol is tracking poachers who are inflicting grievous harm to this jewel of biodiversity.

The poachers are targeting lemurs, primates battling the threat of extinction, and are chopping down trees, some of them rare hardwoods, to burn for charcoal. "In this forest, there are at least 20 indigenous animal species, including six types of lemur, and 150 species of tree," says Tovolahy, whose nickname is Nabe.

"Because of these logger-poachers, I fear that this forest will one day be no more -- it will be just an empty space, where developers will grow walls of concrete." A terrible irony is that a 2014 documentary, "Island of Lemurs," which did so much to draw attention to the cuddly animals' plight, unwittingly encouraged a market to have them as caged pets.

Some kill the harmless creatures for food, others sell them as pets -- and to get to their prey, they chop down precious tropical trees. "Nocturnal lemurs are very easy to capture because they sleep in the daytime," explains Tovolahy.

The poachers cut down the trees surrounding their nest, which provides the lemurs with a means of flight. All they have to do then is to shake the tree until the animal falls out.

Lemurs are among the many wildlife treasures that are unique to Madagascar. Out of 111 recorded lemur species, 105 face the threat of extinction, says the Lemur Conservation Network (LCN).

Other damage to Vohibola and its natural population is being inflicted by the simple need for wood for cooking. The forest patrol frequently encounters the dismayng sight of empty spaces and mounds of bark, the traces of illegal logging to take trees, burn them and sell the charcoal to Madagascans.