Durga Malathi is at the receiving end of online threats for her cartoons about the Kathua incident. 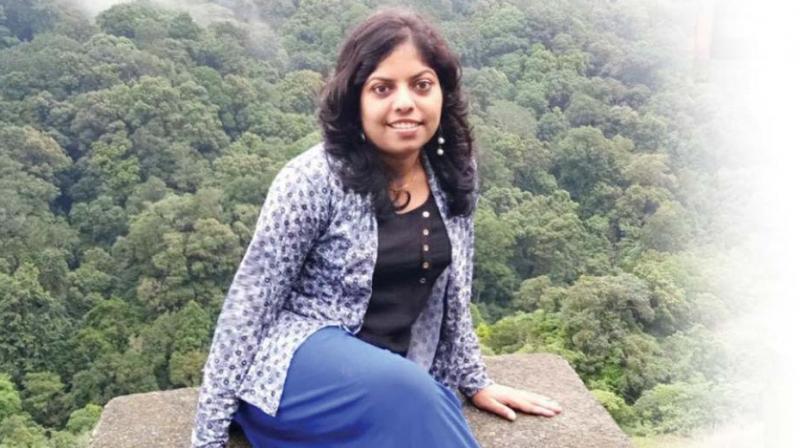 She was named after the goddess of the ancestral temple in her home, but then, Durga Malathi’s family had no idea that their little girl was awaiting a future where she would be branded with blasphemy, for insulting divinity and hurting religious sentiments. Two cartoons were all that took her to shoot to notoriety, or fame, as decided by the perspectives.

A week ago, when the world was shaken by the news of the week-long torture and gang rape of an eight-year-old girl in a temple in Kathua, like everyone with a conscience, Durga too couldn’t sleep. The next day, she took to her canvas to vent out the anger and agony and uploaded it on Facebook. The day that followed, she put up another one. A friend shared it. And the war began.

“It was an organised attack. It started as death threats and then changed to rape threats and verbal abuse... all kind of abuses in every language,” says Durga, from her Pattambi home where she is being watched over by police for the past few days.

The first cartoon was of a trishul, one of the arms a blood-smeared male genitalia; the second work had a girl tied to a penis sporting a sacred thread that serves as a mast to a saffron flag. Bhakts sprung into action, brandishing their invisible weapons, calling her names, threatening with rape, abusing whoever commented in support and shared the post.

“Anyone who supported or shared it was targeted; the Muslim girls were attacked the most. Their morphed photos were being circulated and many of them were forced to take down the post,” says the Chemistry lecturer-turned-artist, who, though shaken after the episodes, is glad that her students stood by her throughout the ordeal.

“It is painful to see my students bearing the brunt for supporting me. But I don’t regret what I expressed and will never apologise,” stresses Durga, adding, “Penises doing such cruelty to a little girl isn’t wrong, but me drawing it is. Funny, isn’t it?”

She knows that it isn’t religion but politics that is in charge. “None of these people who unleash the attack are believers of god. If that’s the case, they would be regretting or at least be fearful of god while threatening to rape and murder another person,” Durga says, adding that she is not an atheist. “I believe in humanity, love the positive ambience of a place of worship and I would never oppose a religious practitioner. I do strongly feel that faith is good as they help people feel hopeful.”

The accusation regarding offensive portrayal of religious symbols is something she can ignore as a manipulated argument. Expressing that it is painful for an artist to explain her art work and what it intended, Durga points out, “The imagery was that the communalists, who are Brahmins, used god as a weapon to rape a child. Instead of a trishul, they now use their genitalia to express their politics of hatred and violate a person. Asking me to depict the symbols of other religions in my art works is no different from people exhorting another rape as revenge to this crime. I am sure that I haven’t hurt any sentiment that wasn't affected when a child was tortured to death in a sacred spot.”

Durga admits that she is not a trained artist, but someone driven by passion. Her first viral art work was that of Gauri Lankesh, the journalist who was murdered in Bengaluru last year. And now these.

At home, her mother Sarojini and brother Nithin are worried about the comments and the media reports on various cases filed against Durga. For the first two days, they could see people watching their house and occasionally, someone passing the home would spit aloud. But none of them crossed the gate till Thursday night, when stones were pelted at their house, damaging the vehicle parked in the front. Durga wants to go out, but her mother is still scared. Not because she thinks that her daughter drew something wrong. “She is very religious, so much that no painting can hurt her sentiments,” she laughs. Many close friends, out of affection, have asked her to take down the post. “But I can’t do it. I do not regret my acts,” she stresses.

What Durga demands is justice. “I still remind myself that I live in a democratic country. And if I don’t get justice, I will have to believe that democracy is one big lie.”

These incidents, for her, are a realisation of what fascism actually is. Durga says, “If this is my experience, what must the girl and her family have gone through? What must be the crores of people reeling under religious polarisation and divisive politics facing? What are religious sentiments when a little girl is tortured and gang raped in a place of worship?” Some questions have no answers.