Does digital activism serve the purpose? 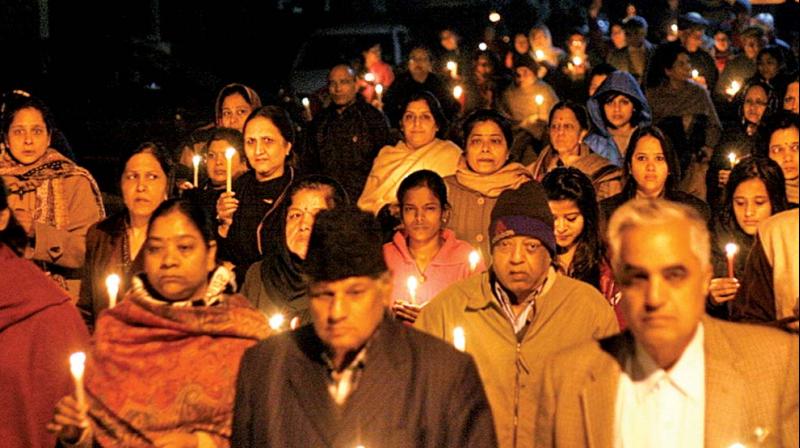 Same goes with candlelight vigils and marches with placards. We ask activists, artistes and prominent women what their take is on these kind of protests, and if it is effective in any way.

After Kathua and Unnao rape incidents, there began a number of hashtags and profile picture blackening protests on social media. A few, while condemning the attacks just as strongly, felt that there was no point in these hashtag campaigns or profile photo blackening. While some others opined that it is a way to make your voice heard or seen. Same goes with candlelight vigils and marches with placards. We ask activists, artistes and prominent women what their take is on these kind of protests, and if it is effective in any way.

Every drop counts
Madhu Nataraj, Choreographer, Educator, Arts Entrepreneur
I was a part of the protest in my own way virtually and it’s important that women stick together as it’s getting worse by the day. It is necessary that people protest and I’m very glad that so many vigils happen. I think that nothing is futile. There is backlash over how a candlelight vigil would help. We’ve been the kind of citizens who firstly, don’t go to vote and secondly, sit and complain, so every drop counts if you want to be the change that you want to see.  I feel that changing profile pictures is a personal choice and I’m not against it. Everyone wants freedom of expression and safety in our society. They should definitely voice out their opinions and conversations are needed. I’m not sitting in judgement as the issue is too sensitive and it’s something that needs to be addressed and acknowledged. If it takes this kind of virtual visibility, so be it.

Gives solace to the makers
Sudha Ramalingam, Activist
Expressions of dissent or affirmation through candle light vigils or hashtags gives a solace to the maker – a sense of satisfaction for raising his or her voice on the issue at hand. Common persons find a medium to be heard through these hashtags or vigils. Loud and shrill voices in unison give a sense of purpose to its maker. Public opinions are necessarily built to reform the system though not instantaneously. It is also a medium to let the steam out of our system.

The most impractical way to protest
Sajna Vinish, Singer-Composer
I think it is the easiest and the most impractical way for one to show his/her protest on a certain matter. One can darken the profile picture, put hashtags and posts on social media to express their anger against the system. But what purpose does it actually serve? Rape is heinous and barbaric, but it is not new for us. As per statistics, one female is being raped in India every seven minutes and only one or two incidents get public attention. The cases of Nirbhaya and Jisha saw even more public outrage as people fought for justice through social media. But each time something like this happens, only the name changes. ‘#Justicefor’ remains the same. This directly proves that things are not getting sorted out and are rather getting worse. I, therefore, think that putting these hashtags is like not understanding the gravity of the issue and kind of putting it down. And in this case, the entire matter has been elevated as a communal issue, which undoubtedly projects the irresponsibility of the administrative system. So rather than sympathising on the issue and putting hashtags by simply sitting in front of the computer, we need to find out how an effective solution can be found for a problem that pollutes our social environment.

Online activism is just not enough
Tejaswini Madabhushi, Activist
Hashtags and other ways of online activism are definitely not enough, we need to do a lot more, but it is harmless. I do not want to dismiss such activism because it does create a dialogue and gives rise to discussion. Even if it is just talk, I believe that nuanced discussion is required. We don't want justice to be only collective anger. We need to counter the rape culture and not just easily say ‘hang the rapist’. What these discussions do is tackling the mindsets. We need to understand violence, patriarchy, atrocities against women; and do it right. Change won't happen overnight and these conversations will tackle the long-term goal.

The intention should be right
Nimrat Kaur, Actress
Protests, candlelight vigils, marches with placards, and black profile pictures are correct as long as the intention behind these is genuine and not used for any vested interest. Personal interests have led to politicisation of similar issues in the past. But all those are matters of the past. At these times, protests are necessary to bring to the attention of the government such heinous crimes happening in our country, provided it is not linked to politics or used for any personal benefit.