What parents do to get kids into Ivy League schools

This reads like scenes straight out of India as students cheat to pass exams with a ghost candidate sitting in for them. 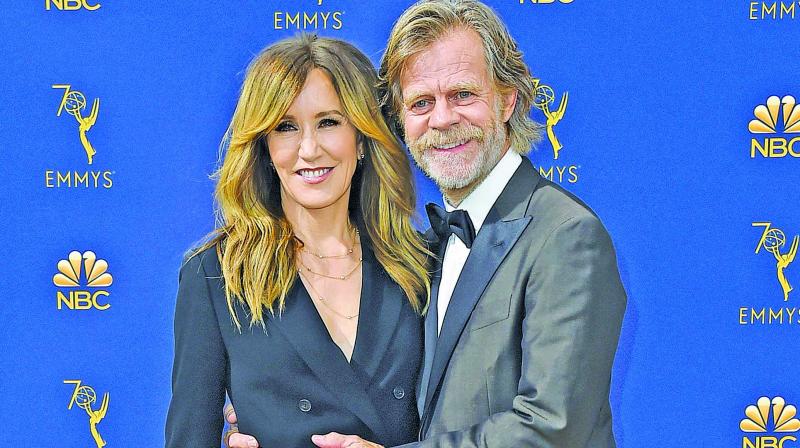 What is wealth capable of? Endless power, privileges and well…frauds. Time and again celebrities and the ‘big guys’ have come under the radar for violating laws by being part of crime and offences that are the result of limitless power and audacity that comes with being famous and rich. Impersonating a student in an examination, changing the test results and bribing college authorities to make sure your child gets through into a college of your choice is another such offence. But this is not a college admissions scandal in India but the US, engulfing big names among the rich and famous and also some marquee colleges.

The full list of those indicted has 50 names that include Oscar nominees actor Felicity Huffman and hubby William H Macy along with designer Mossimo Giannulli and his actor-wife Lori Loughlin being under the scanner for what is being touted as an admissions fraud dubbed ‘Operation Varsity Blues’. Federal prosecutors say at least dozens of families paid huge sums to Newport Beach businessman William Singer to gain access to school such as USC, UCLA, Stanford and Yale through bribes and lies.

So, what happened? Well, pretty much what happens in India - wealthy parents of undeserving students bought their way into colleges through bribes in the form of a donation to a charity but whose actual end use was to pay an impersonator to either sit for the examination in place of the actual candidate or change the answers later to improve the test scores. This is exactly what the Oscar-nominated actors are accused of - having paid $15,000 for getting their elder daughter’s SAT scores ‘spruced up’ by 400 points. Huffman’s husband and William H Macy, incidentally the star of TV series Shameless, has yet to be charged.

The FBI found that the parents not just paid off the impersonator but also the test administrators who allowed the impersonator to sit for the examination. The scam goes deeper. Even those applying under what in India is referred to as the ‘sports quota’ purchased their admission. Loghlin and Giannulli paid $500,000 to the USC’s senior associate athletic director for their two daughters to be recruited to the university’s rowing team, even though the girls had never rowed competitively.

William Singer has pleaded guilty to money laundering, obstruction of justice, racketeering and conspiracy to defraud the United States. At USC, a high-ranking athletic department administrator and a legendary water polo coach have been fired, while at UCLA, a longtime men’s soccer coach was placed on leave.

It’s weirdly easy to digest rich parents bribing their children’s ways into college - didn’t all of us kind of assume this was already happening? — but when you hear exactly how they did it, it becomes that much more worthy of the HBO mini-series treatment. From photo shopping their kid’s faces on stock photos of athletes to filtering the bribes in the name of charity claiming to help “undeserving student”, these accused went all lengths to make it happen.