The track is featured on T-series’s Bhakti Sagar which boasts of being the biggest channel positioned in hindi music as a spiritual music enterprise. 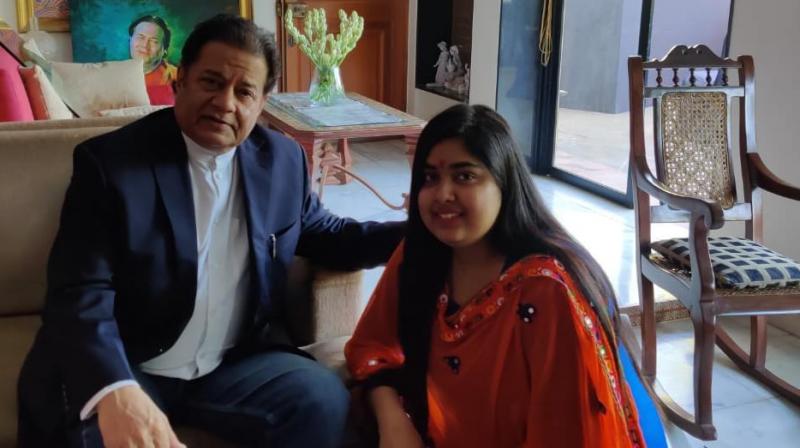 Devotional songs or bhajans are a form of purification of the soul and the holy land of Ayodhya – Lord Rams birthplace finds reference in the single - ‘Ayodhya Mein Utsav’, which has successfully garnered an extremely positive response from the audiences and music lovers in India. The song features the eminent Anup Jalota, popularly known as ‘Bhajan Samrat’ of the Indian music industry along with Priya Mallick, who rose to fame by being the runner up of popular spiritual music reality show Om Shanti Om. by ATH Entertainment.

The track is featured on T-series’s Bhakti Sagar which boasts of being the biggest channel positioned in hindi music as a spiritual music enterprise. The Music has been composed by Sanjayraj Gaurinandan and Lyrics penned by Shivpoojan Patwa.  ATH entertainment is a leading media entertainment production house that discovered many renowned talents, one of whom is Priya Mallick.

“I first heard Priya when she sang ‘Aisi laagi lagan’ and I found her to be impressively talented. She belongs to the young generation and it is rare to see such kind of passion coming from this generation especially in the field of spiritual and bhakti music.” said Padmashree Anup Jalota.

“Priya is extremely talented. I see a noteworthy glimpse of both Sunidhi Chauhan and Shreya Ghoshal in her and that’s a perfect combination according to me.” said Shekhar Ravjiani who was one of the prominent judges on ATH Entertainment’s Om Shanti Om, which Priya won.