The dog is seen struggling to get out of the water before a crocodile comes out and swallows it. 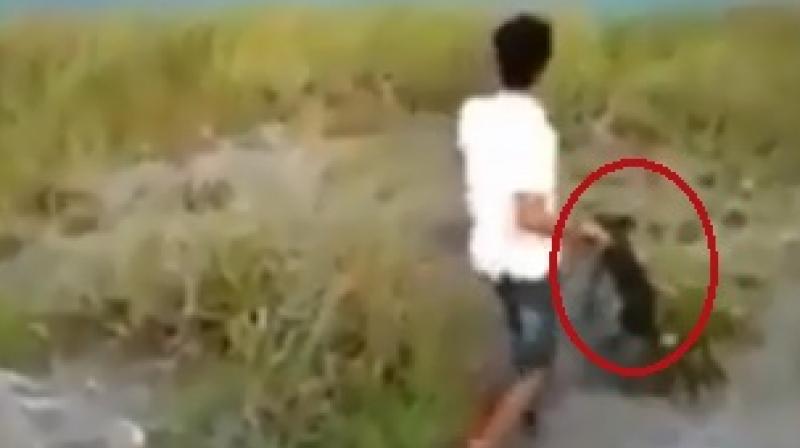 Several crimes against animals have been reported over the past few years and they seem to get more horrifying with each incident. While controversial events like the Yulin dog meat festival are often in the news, some depraved acts have left the world in shock.

In yet another heinous offence against a hapless creature, a boy can be seen throwing a puppy in a lake infested by crocodiles. The canine can be seen struggling in the water as a crocodile emerges and swallows the terrified animal.

It isn’t clear who filmed the video that has triggered outrage on social media.