An ambiguous, figurative observation of life

The works presented can be broadly divided into two categories — the object and the concept. 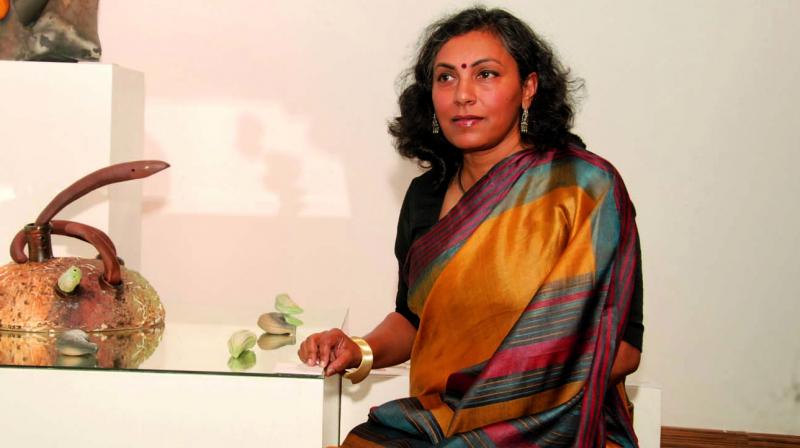 The sculptures represent the psyche of looking  and observing things that turn out to be more ambiguous and figurative than the sculptor imagined them to be. Anyone can give shape to her sculptures; it just depends upon one’s own understanding and objective.

“I seek to unearth the forms intrinsic to my psyche with which I intuitively identify as an artist,” she Dipalee Daroz, whose show The Altered Perspective: A Collection of Ceramic Sculptures is on at Gallerie Nvya, Saket in Delhi.

The works presented can be broadly divided into two categories — the object and the concept. The object is the material manifestation, which is tangible, marked and inscribed in form and function. The concept is intangible, immaterial or sensorial communication. Based on the concept of memory as past and present as process, and future as imagination, the show is installed against the backdrop of different time zones: primal, present and future, even future present. 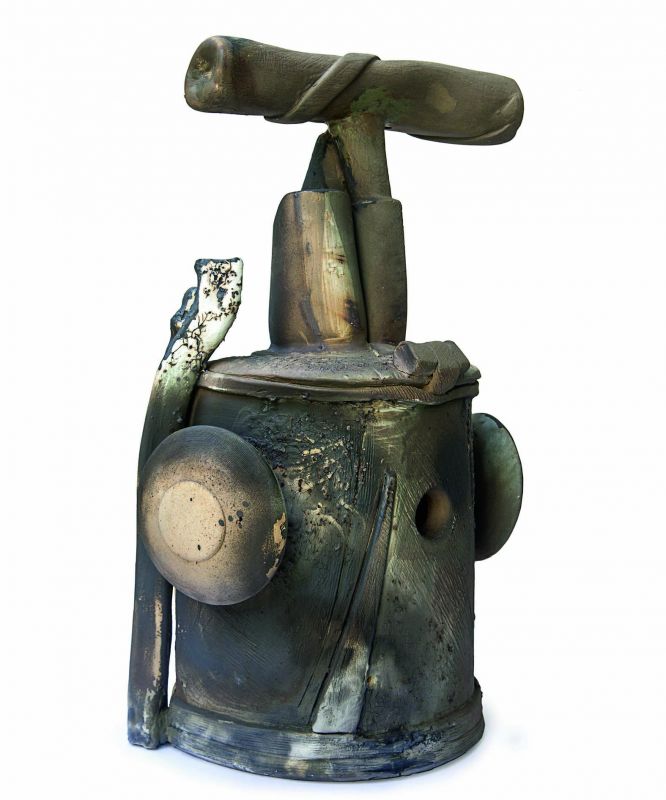 In this exhibition, her sculptures have panoptic view of incongruous elements. A transition of context is implied through the use of inherent textures and properties of clay that has graduated into natural forms and objects, thus creating an optical depth between the natural and the real. These sculptures represent her psyche of looking at the things, which turn out to be more ambiguous and figurative in its own way.

On her creations and the concept behind them, Dipalee says, “Cracks is the phenomenon which we relate to earth and to achieve that texture in clay, one needs to research a lot. Under normal circumstances, there is a concept and a technique but in sculptures, we follow certain rules to create art objects. At times, it is difficult to make earth; you aren’t satisfied with its texture as it can resemble metal or a stone. I have treated clay like stone and introduced texture on it for this collection.”

However, she still was not sure how her works will finally look like though she wanted them to be the best. So, after she got the metallic texture, Dipalee took chance and re-fired it but there were some technical gaps, which bothered her. “Then, I gave a last chance to my thoughts, imagination and creativity to finally achieve the desired results, that are present before you,” she smiles. 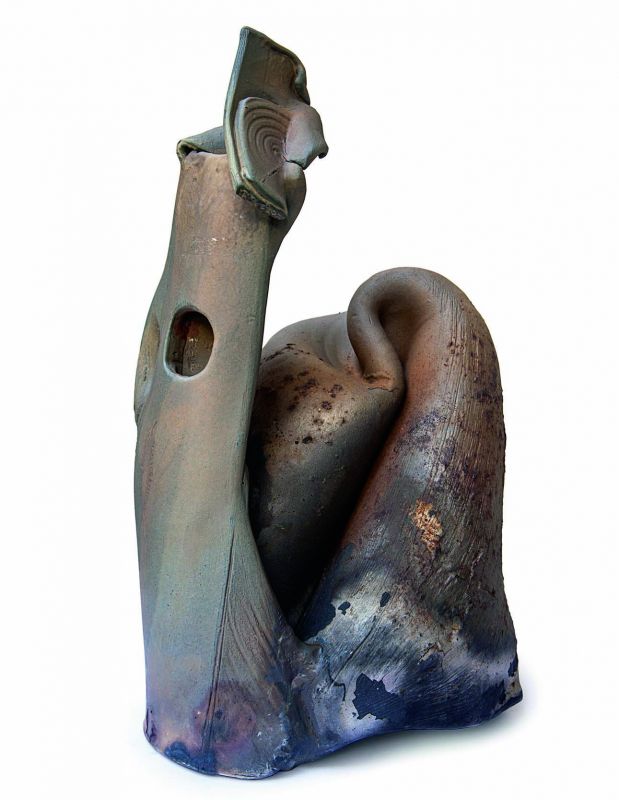 Inspired and influenced by renowned ceramic artist P.R. Daroz who went on to become her guide and mentor, Dipalee studied under world-renowned Japanese ceramist Prof Takeshi Yasuda as part of the Charles Wallace award.

Ask her why does one find more artists and painters around than sculptors and she says, “Not many artists want to express themselves three-dimensionally. Moreover, the medium is strenuous as clay work is fragile, metal is difficult to work on and stone and iron are difficult to transport; not many opt for it. For me, it was always the medium I wanted to express myself.”

Dipalee prefers working at her own pace as she needs to indulge in a lot of technical research “to reach as close as possible to my subject. I cannot afford to work in haste.” On whether the sculptures can be within the reach of a common man or will it forever remain a niche segment, she says, “Things have changed. The mindset of genuine art collectors is equally receptive sculptures as it is to paintings.”

“There has been no dearth of talented artists, in the first place, and now with changing economy, a number of young collectors have started acquiring art works so the taboo of the so-called particular section of society which had the privilege to collect art is becoming a matter of past,” she adds.

Add to this, the increasing number of art fairs that are being held, in India and abroad. These art fairs, Dipalee opines, have acted as a platform of exposing art and artists. “They have definitely bridged the gap between the common man and the art. It is a great way of dissemination of awareness about art. It offers a panoramic view of art scenario under one platform and that is just incredible,” says the artist.

The artist is greatly influenced by nature and reality. In her previous work Sounding Clay, her inspiration was a children’s movie called Robot while the current series articulates the metaphysical aspect of a simple cultural object and the desire to communicate the cohesiveness born out of the association between culture and nature signifying the symbols of cornucopia found in nature. Also concealed behind these obvious forms lie the values of balance, space, grace and rhythm, which articulate the entire human life and nature.

This gifted sculptor wanted to learn, absorb and reinvent all that she had imbibed over the years. Endowed with an analytical questioning mind and gifted hands, Dipalee searched and probed to find a path of her own: her perspective or perhaps An Altered Perspective.