Celebrated chef and filmmaker Vikas Khanna talks about his love for food, his film and giving back to the society. 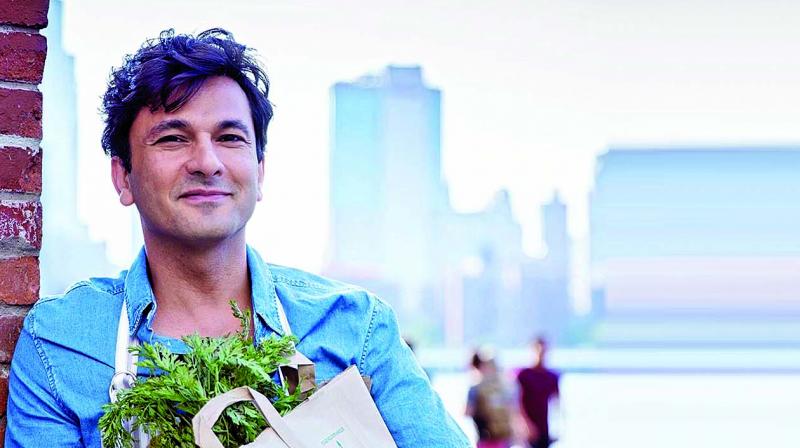 Vikas Khanna – the poster boy of Indian cuisine worldwide, needs no introduction. From being the first Indian chef to have received a Michelin star for his New York restaurant Junoon for six consecutive years, to cooking for famous personalities such as the Obamas, Dalai Lama and recently Prime Minister Narendra Modi in New York, the master chef is a force to reckon with in the culinary world. It was therefore surprising when Khanna decided to go behind the camera to helm Neena Gupta starrer The Last Colour that even made it to the long list of the Best Film category at Oscars 2020. The film celebrates resilience and women empowerment and is based on the life of widows of Vrindavan and Varanasi in India. Khanna first saw the widows of Varanasi in 2009 when they were prohibited from playing Holi, which wasn’t the case on his second visit in 2012, as he found them drenched in the vibrant colours of the spring festival. The film is an adaptation of a book with the same name authored by Khanna himself. “It is my first movie and it has been made with a pure heart. I am not a trained film-maker, I am a trained chef and to do something different was a tough decision,” says the filmmaker and feels that it is because of the story of empowerment, inclusively and society’s need to change to bring that real self-identity in India has attracted the international audience.

Though the film didn’t make it to the final list of nominated films, for Khanna the unpredictability of his choices keeps him going. “I love when people say ‘Oh! You’re so unpredictable’ and I think that’s what is important,” he says recalling that renowned British chef Gordon Ramsey also calls him unpredictable. “He tells me ‘you are so unpredictable and you get credit because you do everything at par with international quality,” Khanna says, reiterating Ramsey’s words.

The chef who is busy shooting for the sixth season of his most popular show MasterChef India, was recently seen meeting contestants of Bigg Boss 13 in the house to endorse Quaker Oats. The chef also cooked a few of the dishes for the participants.

Whether it is about cooking, running restaurants across the world, penning down a book, making a movie, the chef has done everything with integrity by keeping it under wrap till it is ready for the reveal. “This is what I believe. I keep the integrity of my work as much extent as possible,” believes the chef and confesses that his motive to enter the food industry was never money. “I just came in because I thought it was such a representation of India’s real fabric. What India is made of is on the plate of this country,” he explains.

The Amritsar-born chef started working as a child and was running a full-time food business when he was 16 years old, which, according to Khanna, gave him wings to explore. The chef wants to contribute to the community, which led him to become the goodwill ambassador of the Smile Foundation.  “I believe that my life is going to undertake a trajectory after some time. Something is telling me intuitively that you know your body very well, intuitively my body says that my mind is inclining towards that,” muses the chef and hopes that he can work towards solving the malnutrition problem through his food. “Anything I do is somehow associated with food. Even the films I make are related to food, and even when it is not so, I try to use my knowledge in food to make a movie or a documentary,” says the author in conclusion.