Find out why life on Mars is impossible

According to Oxford scientists, Mars was made uninhabitable when its surface water was absorbed into the planet’s crust. 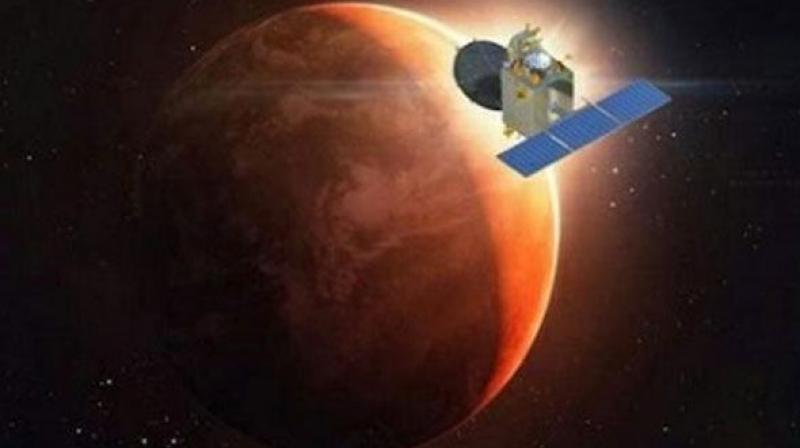 According to scientists, the Red Planet was covered in water until around three billion years ago, much like Earth. (Photo: Pixabay)

A new study now provides insight into the subtle changes in planetary conditions that dictate whether life is possible.

According to scientists, the Red Planet was covered in water until around three billion years ago, much like Earth.

However, modern-day Mars is barren and dry, precluding the existence of Martians anywhere other than in stories.

While scientists have long wondered what happened to the water on Mars, with previous research suggesting some of the planet’s water was sucked into space following the collapse of its magnetic field, a new study led by researchers at the University of Oxford suggests the water is still there, locked into the planet’s surface due to chemical reactions with its rocky crust.

Speaking about the discovery, Dr Jon Wade, lead author of the study said that on Mars, water reacting with the freshly erupted lavas that form its basaltic crust resulted in a sponge-like effect.

He went on to add, “This water-rock reaction changed the rock mineralogy and caused the planetary surface to dry and become inhospitable to life.”

Small variations between Earth and other planets in the solar system, such as Mars, set the stage for life to emerge on our planet and not elsewhere.

According to Dr Wade, the biggest difference between Earth and Mars is that it has more iron in its mantle rocks.

The scientists found that rocks on Mars were capable of holding about 25 per cent more water than those found on Earth, and that these rocks transport water into the planet’s interior.

Past studies have found unusual structures, suggesting tiny organisms may have once lived on the planet’s surface, perhaps in the hot springs and geysers that used to exist there.