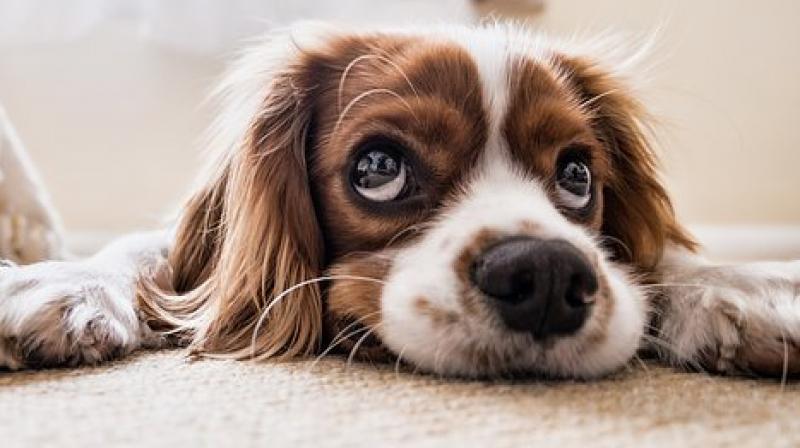 Dogs are attracted to smiling human faces, according to a study that shows oxytocin, the hormone associated with affection and trust, is a key factor in the interaction.

"It seems that the hormone oxytocin influences what the dog sees and how it experiences the thing it sees," said Sanni Somppi, from the University of Helsinki in Finland.

The study, published in the journal, Frontiers in Psychology, showed 43 dogs images of smiling and angry faces on a computer screen.

Each dog was tested twice: once under the influence of oxytocin and once without oxytocin.

The dogs gaze on the images and pupil size were measured with an eye-tracking device.

Emotions and attentiveness guide the gaze and regulate pupil size, making eye tracking a window into the dogs minds.

Dogs typically focus on the most remarkable aspect of each situation, such as threatening stimuli in a frightening situation.

Recognising and interpreting threats quickly is important for survival. Dogs under the influence of oxytocin were more interested in smiling faces than they were in angry ones.

In addition, oxytocin also influenced the dogs emotional states, which was evident in their pupil size.

This indicated that the angry faces caused the most powerful emotional reaction in the dogs.

Under the influence of oxytocin, however, images of smiling faces enhanced the dogs emotional state more than angry ones.

This is to say that oxytocin probably made the angry faces seem less threatening and the smiling faces more appealing.

"Both effects promote dog-human communication and the development of affectionate relations," said Outi Vainio, from the University of Helsinki.