Tweeting under the name @LawrenceDipCat, Lawrence has discovered the perils of social media, and has even been fat-shamed by trolls. 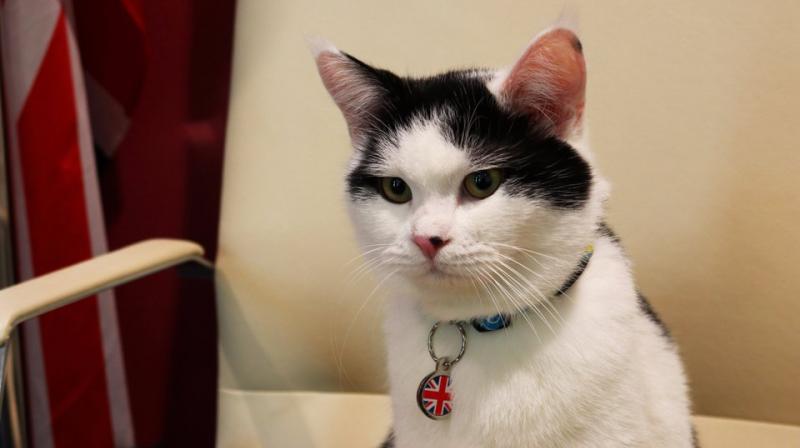 "Lawrence of Abdoun" is a fluffy black-and-white tom who, according to his Twitter, reports directly to the Foreign Office’s Palmerston. (Photo: Twitter/LawrenceDipCat)

At the British embassy to Jordan, a former rescue cat is settling into his new position as chief mouser - as a traditional well established in the ministries of London goes global.

"Lawrence of Abdoun" is a fluffy black-and-white tom who, according to his Twitter feed, reports directly to the Foreign Office’s Palmerston, a cat that delights his 57,000 followers with regular updates from the ministry in Whitehall via @DiploMog.

Lawrence, named after T.E. Lawrence, a British military officer who fought alongside Arabs against the Ottoman Empire during the First World War, has already gained 2,500 followers since being adopted from an animal shelter last month.

Abdoun is the neighbourhood of Amaan where the embassy is located.

"Apart from his mousing duties, he reaches out to followers on Twitter. What’s quite interesting is the British public are seeing the U.K embassy in Jordan in a different light," said Deputy Ambassador Laura Dauban.

"Through Lawrence’s Twitter account we’re trying to show a different side to Jordan, what it is really like, a peaceful, prosperous country that British tourists should come and visit."

Tweeting under the name @LawrenceDipCat, Lawrence has discovered the perils of social media, and has even been fat-shamed by trolls.

"He’s been a bit upset because some people have said he looked a bit fat in the last tweet he did, so he’ll be doing some exercises and posting to sort of rectify that situation," Dauban said.