Droom with a viewfinder

An entrepreneur whose eye for the eclectic and interesting has taken him places, Sandeep Aggarwal is quite the connoisseur. 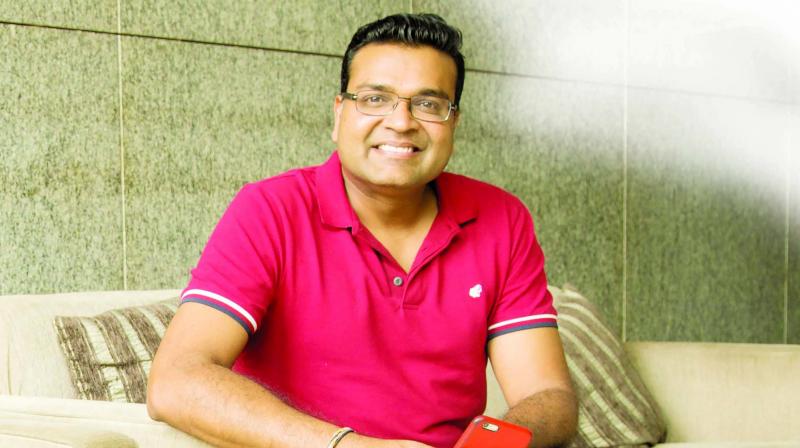 A midnight in April, Sandeep Aggarwal was at his home in Gurgaon, lying on a couch. Four hours later, he was chilling in the Maldives. For an entrepreneur who has taken to the Internet with his two popular websites, these indulgences are all in a day’s work. So, sometimes, Sandeep takes his best mate on a vacation to play golf overseas. Or sits in the lap of luxury in his brand new 9,000 sq ft penthouse, whose large chambers stock vintage from Napa Valley, a swanky home theatre with a cutting edge projector system and sound engineering. The founder and CEO of Droom and co-founder of a shopping site has diverse passions to help him stay cool-headed under the demanding hat of an entrepreneur.

Impromptu backpacking, music, sports and drinks, this biz honcho’s schedule packs in a whole lot of fun after the hardwork. With 15 years in San Francisco under his belt, his affinity to wine and vineyards only evolved and matured into a full-fledged hobby. “Napa Valley is one of the largest producers of wine. My fascination for wine started in 2001, the first time I visited Napa Valley. People there are so fond of wine. I got to watch how wine was produced, fermented, the different types of grapes, why one wine differs from another, how to shake the glass and take in the bouquet, and so much more. I have a huge collection of single malt scotch and wine. My new penthouse has a large bar, and a dual zone large wine chiller. To keep so much of liquor, I need a separate license from the government,” he smiles wryly.

A sportsman since childhood, Chandigarh-born Aggarwal grew up playing cricket and badminton. To pursue an MBA in strategy, he went all the way to the Olin Business School at Washington University in St. Louis — and that is when he realised much to his chagrin that the bat and ball games he was used to back home were not a fad in Europe. Inside the squash courts at the university, he mastered Squash. Later, Golf also became a passion.

“In the 12 years of golf, from 2001 to 2013, my game was at best average or below average. I struggled a lot. Golf is a game where you compete with yourself. In 2014, when I was between my two ventures in San Francisco, I hired a PGA rank holder, and spent four to six hours per day playing. I got damn crazy about the sport and my golf improved substantially,” he explains.

The sudden tours are Aggarwal’s quick escape from the maddening hours at work — 17 to 19 hours a day. “If I do not go on a tour, I’d die. When I feel burnt out, I disappear from office for two-three days,” he says, adding about his love of music, “In San Francisco, we hosted a New Year party with 60-100 guests. I was the informal DJ, playing non-stop music for eight to 10 hours — a mix of Hindi, English, Bhangra, Punjabi, etc. I am passionate about music and have a collection ranging from the very lightest Bluetooth to heavy high-end musical instruments,” he explains.