A dentist and assistant professor, Rajalakshmi will be representing the country at the Miss Wheelchair World 2017 in Poland. 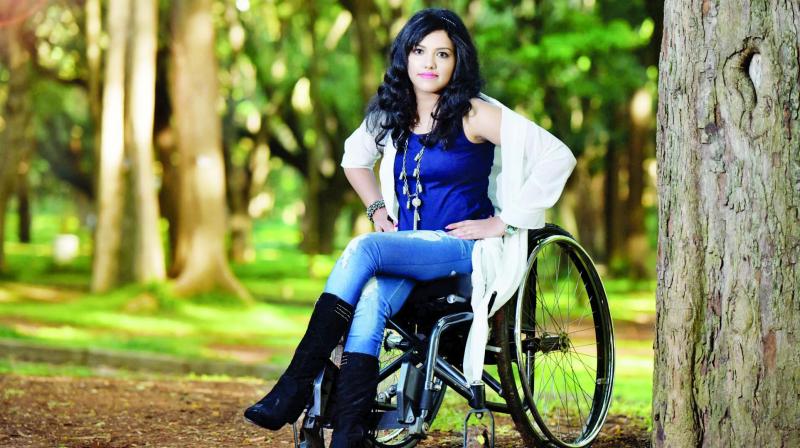 In less than ten days, this young lass who exudes immense self belief will be representing India on an international platform. Her boundaries know no limits as Rajalakshmi, a dentist from Bengaluru will be gracing the stage at Miss Wheelchair World 2017 in Poland. The international beauty pageant is taking place for the first time this year. It will see the pretty Rajalakshmi, one of the two women selected, represent India globally. In India, the pageant has been running since 2013, and that is also where her journey began — at the Miss Wheelchair India 2014 pageant where she was crowned winner. In 2015, Rajalakshmi took on the mantle of organising the pageant in a small way, which of course, turned out to be quite the gala.

Her winning answer at the pageant gives us a startling insight into her world. “When I was asked if I had an opportunity to have another go at life, what I would do, I had answered that I had been lucky to have two lives in the same lifetime. One as an abled person and the other as a differently-abled person. If it wasn’t for my accident, I wouldn’t have been able to see the other side and emerge strong, and I wouldn’t have known how different life could be. I believe I have already had that opportunity,” she says.

An unfortunate accident when she was 21 years old resulted in Rajalakshmi losing the strength of her legs. Modeling and travelling were always a passion besides her career as a doctor.  Rajalakshmi also loves driving, her car has been customised to suit her needs. “I love going on long drives in my car. I’ve also been to around 13 countries so far. My favourite is Ladakh. The Maldives would be a close second,” she chirps.

There is really nothing stopping this beauty queen from achieving her dreams. Ask her what her inspiration is, and she replies that she believes in herself. “I try to compete with myself everyday, to be a better person. I’m always thinking of what I can do next. I never have an action plan as such, with fixed goals. I focus on what I can do next. My family, brother and his wife have been a huge pillar of support,” she adds. An orthodontist by profession, Rajalakshmi is also an assistant professor at a dental college, and an active voice for the rights of the disabled.

The pageant has opened up new dimensions for her, as she knows she’ll be stepping onstage with women from several countries who are also differently-abled. She admits that the exchange of thoughts, ideas and opinions will be exciting. “I am representing India which is a huge honour. This pageant sends out the notion of recognising different types of beauty, and brings about a different awareness. It’s a whole new life and a whole new concept of life. I keep exploring. I want to keep discovering life in different ways,” she ends.