We just wanted to reach out to those people who care about music and listen to music sincerely: Abhay Sharma 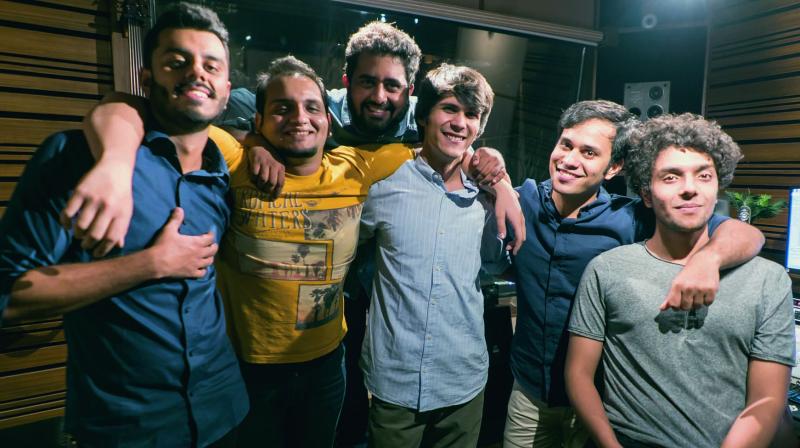 Sassy melody and a welcoming vibe... the first original composition of The Revisit Project — a band which is known to revisit classic melodies from the like of R.D. Burman — is a treat for music lovers who like it a little jazzy. “When we started three years ago, people thought that revisiting old melodies is all that we do. But the idea was to improvise over those classics, learn the instrumental arrangements and put that consolidated effort on creating our originals. Here we go is an attempt to officially re-introduce our band,” says Abhay Sharma, who plays the saxophone for the band.

Released on Friday, the song has so far received appreciation from the likes of Shankar-Ehsaan-Loy, Shilpa Rao, Apeksha Dandekar and Shibani Kashyap to name a few. “The song has an influence of pop funk, with some jazz. We just wanted to reach out to those people who care about music and listen to music sincerely,” adds Abhay.

While musicians spend lavishly on creating a good and engaging music video, the band decided to make a video set in a studio, where they all can be seen experiencing the thrill of recording their first original. “We recorded the song live as we wanted to show the audience how it feels to record a song live. This is an instrumental song which is a little pumped up and that’s about it. We didn’t want to attach much meaning to the song. The song is simply telling people that here we go with our first original and this is the beginning of our journey towards original creations.”

Abhay mentions that the song sets a milestone to the band’s journey and the band’s reputation as the one which only works on recreating already existing music. “Many people didn’t take us seriously because they thought we are just doing renditions. It was an additional struggle because we were always taken as a band which was having fun. This would help in changing people’s perception about us.”

As is the case with many independent bands, The Revisit Project had its share of ups and downs. For instance, the above mentioned line-up of members wasn’t the one with which the band started. It was Sayan Sinha and Raaed Ehsan Azim who replaced Nishant Nagar and Ashish Zachariah. Though this was a disappointment for Abhay, who started the band, it was also a new beginning for The Revisit Project.

“Whatever happens, happens for good. With Nishant and Ashish leaving, we sound completely different now. Sayan and Raaed got in their respective sensibilities, which are more jazz and funk-based. And I am happy with the way we sound now. The band has shaped up pretty well, despite the sad phase that had struck us,” says Abhay while adding, “The moment they told us they had to go, we were right in the middle of moving towards a new chapter. Before that, we had revisited around eight songs. Fortunately, the band was still in its initial stage. So it didn’t affect us that much.”

He mentions how for any independent band, it is important for the members to connect with each other. From trying to have a good bond to making sure that the band delivers well, Abhay says that it is a part of the struggles that independent bands face today. “I always knew that we could come together as a unit if we connected with each other. Since I am from Ramjas college, I wanted people from the college to join me. It takes a lot to thrive in the industry today. From finding better opportunities to creating a fan base, there are many things that one has to work on. We are hoping towards a much longer journey in future,” he signs off.