A city-based pop-up will curate home cooked meals along with employing and empowering underprivileged women. 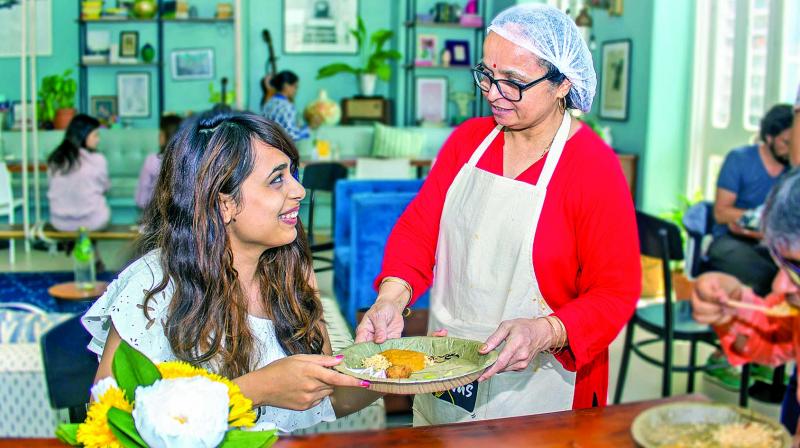 Poornima at a pop-up

When living away from family, nothing substitutes the authentic taste of a home-cooked meal or maa ke haath ka khaana. The distinct blend of flavours accompanied by a familiar aroma is enough to stir nostalgia. And Cooked by Moms, a city-based pop-up, since May has been curating  homegrown dishes that evoke memories of such comfort eats that can teleport one back to their mum’s kitchen.

For every pop-up, founder Namrata Tanna ties-up with local NGOs working with underprivileged women. This time, she has tied-up with Seva Sadan Society. While the patrons get to enjoy a scrumptious spread, this initiative will also provide employment to the under-privileged women who’ll be rustling up home-cooked meals for the event. The menu is based on what the women are confident in making. Namrata’s decade-long experience of working with NGOs made her realise that the women lack skill training and exposure. “We have skill and vocational training for people under the age of 25. But for those between the age of 35 to 55, there aren’t much employment opportunities. There’s a generation that has almost been skipped, who never worked in a formal atmosphere,” rues Namrata who tapped into their existing talent to generate employment for them. And after hosting pop-ups at the Ministry of New for 65 people and a corporate lunch for 20 people, she has seen the confidence building up in these women. 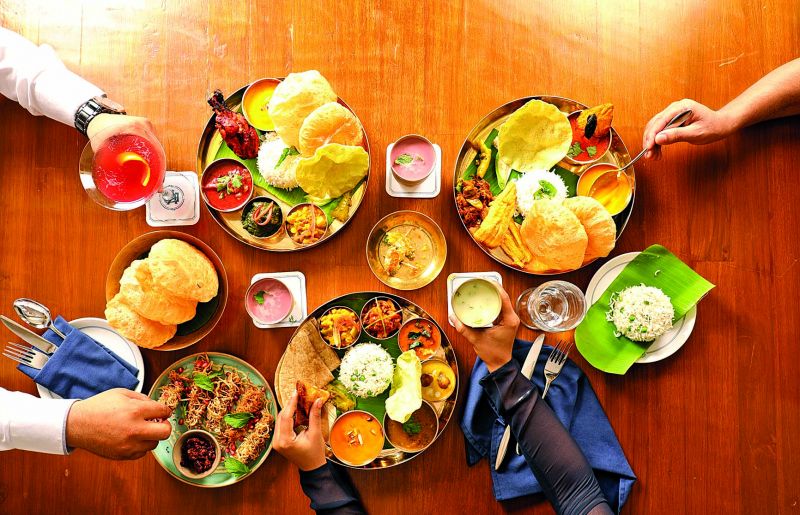 The thali made by moms

Their upcoming event will have four to five women helming the kitchen. Fifty-five-year-old Poorima Ganjawala, who is participating for the second time, loves the camaraderie she shares with her fellow comrades more than the income it generates for her. “I have been working with the NGO for last 15 years. I get bored at home and coming here is something I look forward to. Not only am I earning money but I get to spend good time with people, while cooking,” smiles Poornima who will be cooking sali chicken and lagan nu custard for the event. Sixty-seven-year-old Gauri Pitale is participating for the first time and is excited at the prospect of feeding strangers. “I will be cooking kholapuri chicken, cabbage channa subzi, kotmabir vadi and dokhla. I like feeding people and I am happy that they will get to eat ghar ka khanna,” says an elated Gauri. 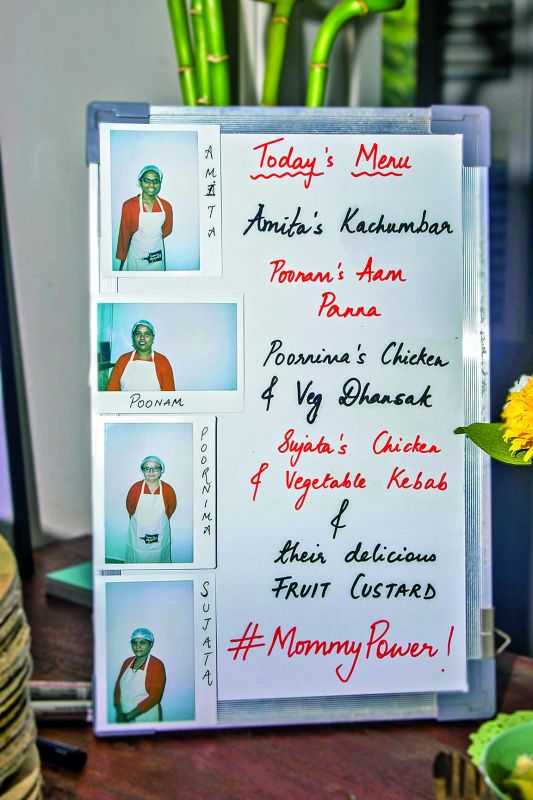 Menu display at the pop-up

When asked what prompted him to be part of this initiative, Sumit Gambhir, co-owner of Bombay Vintage says, “We saw the synergy with this cause. Bombay Vintage offers food from the communities of the city, and so is the food served by them.” Since the news of this pop-up has been doing rounds, Sumit tells they have been flooded with queries. “We have had over-whelming response. We plan to have a first and second sitting so that no one returns without sampling dishes cooked by moms,” asserts Sumit.

The aim, Namrata explains, is way beyond the financial support. “Dabba service can give them money. But there is no exposure, appreciation or validation for that work. It is a holistic empowerment we are aiming at. The idea is not just to take the food to the world, but them too,” she concludes.