Dmitry Luchin murdered and ate his elder lover after developing an obsession with vampire killings. 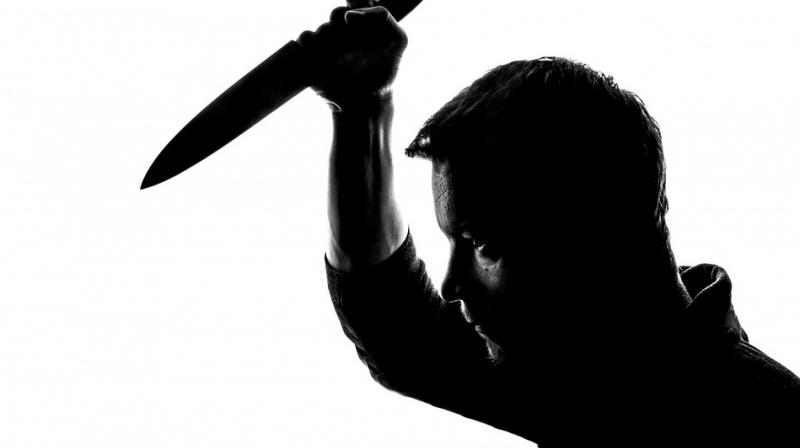 According to reports, Luchin "roasted" his girlfriend’s brain, ate it while "drinking her blood", and tore out her insides.

A Russian man turned into a cannibal and a vampire after endlessly reading about ritualist serial killers online.

Olga Budunova, 45, was brutally killed by her ‘toy boy’ lover Dmitry Luchin, 21, smashing a wine bottle over her head 25 times before dismembering her body with a meat cleaver.

According to reports, he then "roasted" her brain, ate it while "drinking her blood", and tore out her insides, cops say.

The court heard that former army conscript Luchin was “sane” and fit to stand trial.

He had carefully planned the "ritualistic cannibalistic murder" after becoming obsessed with reading about serial killers on the web, claimed prosecutors.

The alleged maniac admitted to police that he got sexual pleasure from the attack.

He told police he carried out the killing to “get inspiration to write poetry”.

The grotesque murder came when he went to the victims’s flat in Valdai for “romantic” drinks to mark International Women’s Day, a major public holiday in Russia, the court heard.

After killing her he used blood from her cracked skull to daub "a sign of the devil" on a door, said Alexandra Dedova, 21, a witness to the crime scene and Luchin’s initial police interrogation.

According to her Luchin wanted to summon the devil. He waited for 5 minutes for the devil to appear before taking the meat cleaver and smashing her skull to the brain.

"He cut pieces out of her brain. He roasted and ate them. He then poured a glass of her blood and drank,” reports say.

Prosecutor Olga Bondarenko said Luchin “copied the actions of a ritual murder carried out by a serial killer” which he had read about online.

He was "especially obsessed” with Jeffrey Lionel Dahmer, known as the Milwaukee Cannibal. Dahmer raped, murdered and dismembered 17 men and boys between 1978 and 1991.

Luchin faces a life sentence if convicted of murder and the desecration of the dead.