A bizarre conspiracy theory has emerged suggesting that celebrities seen sporting a black left eye are part of the Illuminati. 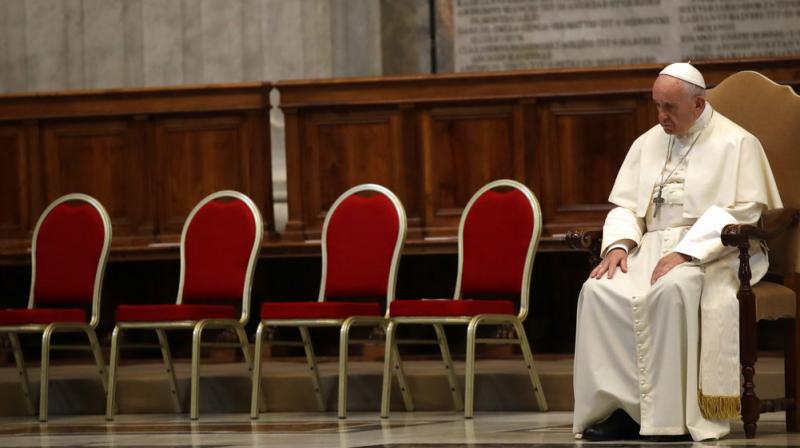 Theorists list former US President George W. Bush, along with the Pope, Prince Philip and Prince Andrew to be members of the secret society. (Photo: AP)

Conspiracy theorists are now saying that celebrities who have been snapped with black left eyes are in secret Illuminatu society.

They puts the bruises down to initiation ritual.

According to them, Elizabeth Hurley, Boy George and Robert Downey Jnr are among the A-listers who have been photographed with bruising in the eye area in recent years.

They also list former US President George W. Bush, along with the Pope, Prince Philip and Prince Andrew to be members of the secret society.

According to some conspiracy theorists, the black left eye is part of a cult or 'Illuminati' high-level initiation ritual during which the pledger is said to be forced to 'eat pain' in a quest to become more powerful.

Author and internet radio show host Sherry Shriner -  who wrote the book Interview With The Devil, in which she claimed to converse with Lucifer - has spoken of the link between these black eyes and 'soul scalping'.

According to Shriner, government leaders, people on TV with their own shows and hundreds of popular entertainers have sold their souls to Satan.

Shriner, who died earlier this year, believed all the powerful people in the world have been soul scalped.

According to her, this can be done in a number of ritualistic ways, which conclude with ‘possession’, where the human soul is removed and the body taken over by the demonic entity.

In conspiracy circles, this process is also known as a 'walk-in'. Some people believe the blackened eye is a result of soul scalping.