When it comes to films and television, is the reservation of LGBTQ roles for members of the community warranted? 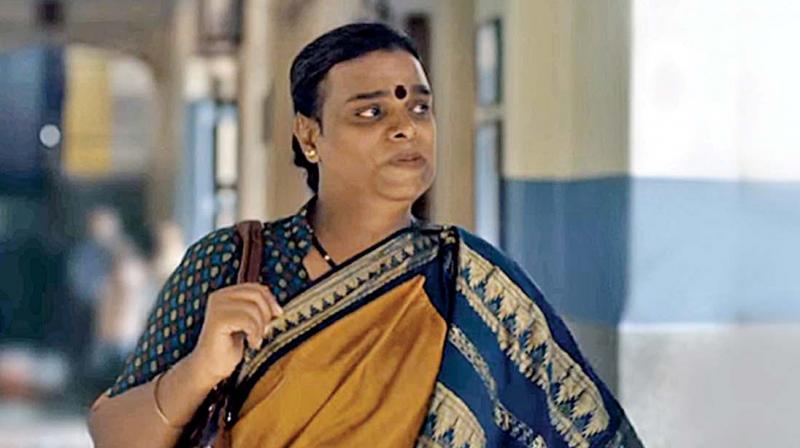 Hollywood actress Scarlett Johansson recently dropped out of Rub and Tug after facing much criticism from the transgender community. The actor had been cast as Dante “Tex” Gill, a transgender man who dominated the Pittsburgh underworld in the 1970s and 80s. Transgender activists argued that the role should have been offered to an actor from the community, instead of a cisgender actress. Her decision to quit the project has sparked a debate on the representation of the LGBTQ community in the entertainment industry.

And while we may distance ourselves from the issue, a look at several Bollywood films makes us realize that it’s also an issue close to home. It isn’t uncommon to see a heterosexual actor play a member of the LGBTQ community on screen. Films such as My Brother…Nikhil, Aligarh, and even the new Netflix crime drama series Sacred Games, in which actress Kubbra Sait plays a transgender cabaret dancer may come along sporadically, but there isn't enough participation or films on LGBT rights or issues in the industry. While conversations about diversity and representation in cinema have now kick-started in Hollywood, we're yet to see a similar trend in Bollywood where heterosexual, cisgender actors are chosen for LGBT roles, which offer the opportunity for inclusion and representation.

It's a catch-22 situation for trans actors. Trade analysts will argue that there aren't well-known trans actors who will draw in the audience, but then, there will never be if cis actors are chosen to play their parts. Film editor and screenwriter Apurva Asrani believes it's because not many actors openly identify as members of the LGBTQ community. “As long as the LGBTQ community is considered to be a group of people who engage in criminal activities, people won't identify as part of it out of fear of being ostracised. My concern as a filmmaker is to get the best actor or actress for a role. I am not opposed to casting someone from the LGBTQ community, as long as that person is a good performer. But, if people don't self-identify, you cannot hold it against filmmakers for not casting them,” he says. He also believes that scrapping Section 377 will embolden people to own their identities. “One of the rights we're fighting for is the right to association. If that changes with this verdict, people will start coming out. I see things changing once this major hurdle is out of the way,” he says.

Ashish Chopra, the first runner-up of Mr Gay World India 2018, feels that while it is important that LGBTQ actors get their fair share of screen time, it shouldn't be at the cost of talent. “As much as I feel that there should be more LGBTQ actors playing homosexual/trans roles, there shouldn’t be any discrimination. An equal chance should be given to all. If there is a straight person who does the job better than an LGBTQ person, then why not cast him?” Ashish asks.

He highlights how only casting LGBTQ actors in LGBTQ roles can have a negative impact. “Discriminating against a person just because that person doesn't belong to the LGBTQ community is just as wrong as it is to tell a lesbian or gay actor that he or she can’t be cast in a straight role. This kind of stereotyped casting is dangerous,” he says.

Transgender activist Gauri Sawant, whose Vicks commercial touches upon the sensitive topic of transgender rights and adoption in India, feels differently. “These people don’t approach us. Maybe, it's because we don't have an agency. But there are many talented actors in the community. With the internet, it has become easy to spot talent, so you can’t say there are no transgender actors,” she says, pointing out that in the Colors show Shakti - Astitva Ek Ehsaas Ki, the role of Soumya, who’s shown to be a hermaphrodite, is played by a cisgender actress. “While the serial talks about giving transgender individuals their rights, they haven't given a transgender individual a chance to play the role,” she says.

Gauri also laments the insensitive, ill-informed portrayal of her community in mainstream media. “Transgender characters are either villains or jokers, such as Kamla Ka Hamla on Red FM. It doesn’t represent the community in the right light,” she says.