Baby giraffe who found fame around the world, through live-streaming of birth, dies 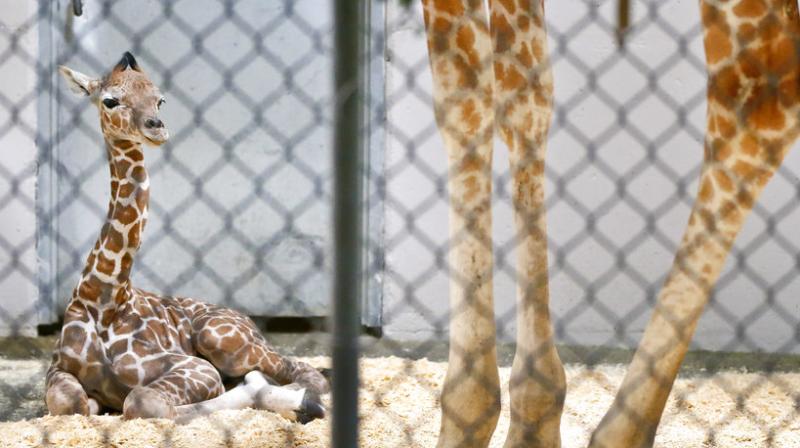 The newborn's name was not publicly announced before his untimely death. (Photo: AP)

A baby giraffe whose birth in the UK was lived streamed across the world has died.

Staff at the Port Lympne Reserve wildlife park in Kent said they were 'absolutely devastated' by the loss.

The newborn's name was not publicly announced before his untimely death.

Port Lympne Reserve set up a 'Giraffe Cam' in May for YouTube viewers to follow the labour.

At its peak, more 1,000 people around the world simultaneously tuned in to the live YouTube feed and the amazing birth has now been viewed almost 1,00,000 times.

The male calf was born to mum Lehana at Port Lympne Reserve on 7 June at around 5.20pm.

The park, run by the Aspinall Foundation, said the calf suffered health complications after breaking a leg.

A spokesman for the popular tourist attraction, near Hythe, said the animal was put to sleep, adding: 'Unfortunately, the break was a complicated fracture that could not be fixed.