Many of the objects selected to feature in the display were chosen by Diana's sons Princes William and Harry. 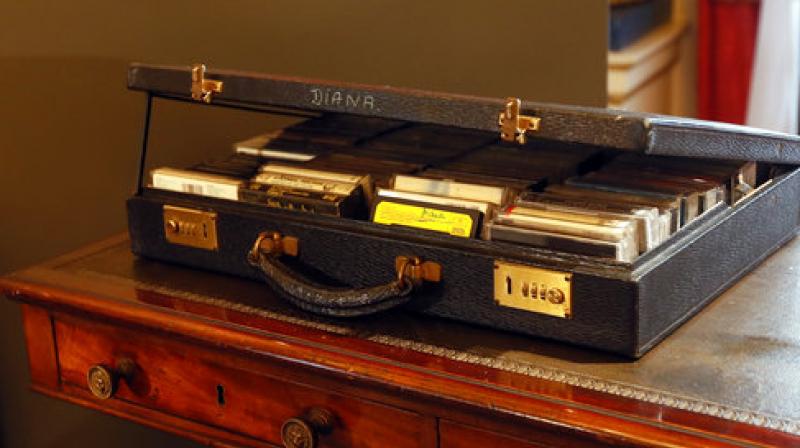 A display to mark the 20th anniversary of the death of Britain's Diana, Princess of Wales, a box of tape cassettes near the desk where Princess Diana worked in her Sitting room at Kensington Palace, on display at Buckingham Palace in London, Thursday, July 20, 2017. (Photo: AP)

London: Rarely-seen possessions belonging to Britain's late Princess Diana including her music collection and ballet shoes are to go on display this summer at London's Buckingham Palace to mark the 20th anniversary of her death.

Many of the objects selected to feature in the display were chosen by Diana's sons Princes William and Harry "to reflect their mother's commitment to duty and their personal memories of her", the Royal Collection Trust said on Friday.

Diana, the first wife of heir-to-the-throne Prince Charles, was killed in a car crash in Paris in August 1997 and a number of commemorative events have been planned to mark her death.

William and Harry attended a private service earlier this month to re-dedicate her grave and the brothers have also commissioned a statue to be erected in her honor outside their official London home.

Among the possessions to be featured in the display are a leather photo frame with pictures of family and friends, a burgundy leather briefcase, and her school "tuck box", which she used to keep sweets and other treats in while she was away at boarding school, which has the name "D Spencer" written on it.

The tribute also includes a case of cassette tapes, featuring albums by artists such as George Michael, Diana Ross and Elton John, who famously sang at her funeral.

The exhibition opens on Saturday and visitors to the palace will also be able to see a collection of more than 200 gifts made to Queen Elizabeth during her 65-year reign including a paperweight made from a dinosaur bone and a Union Flag badge worn in space by British astronaut Major Tim Peake.