Homing in on a special bond

Purnima Tyagi, a lawyer in the city, says she can’t imagine managing her life without her didi. 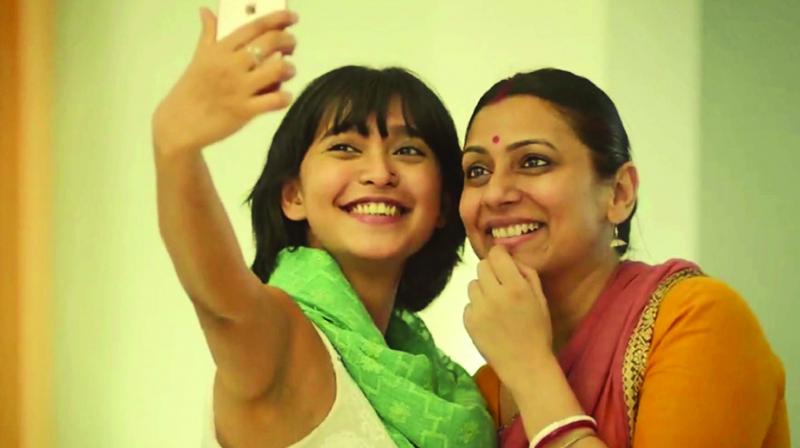 A still from #selfiewithdidi ad campaign.

She comes in the morning, does the household chores, including dishes, laundry, dusting, etc. and leaves silently. On weekends, when opening the door in the morning for her is the one thing we hate the most, she sees to everything even while we are fast asleep. For people who have moved from small towns to big cities to pursue higher studies or in search of employment, didis (maids/domestic help) play quite an unrecognised and underrated role. When as part of its promotions, a brand started a campaign #selfiewithdidi featuring actress Sayani Gupta, many took to social media to convey their love to didis to tell them how special they are.

Purnima Tyagi, a lawyer in the city, says she can’t imagine managing her life without her didi. “It has been four years since I shifted to a rented apartment from a paying guest accommodation. My landlord suggested Laxmi didi to me, and ever since, she has been an integral part of my life. She irons my shirt and trousers every morning so that I don’t end up spending those extra 15 minutes when rushing to get ready for office, even though I don’t pay her for it. She helps me with my lunch, just the way my mother used to when I was in school. On days when I feel homesick, somehow, she senses my mood and treats me to a warm cup of tea. Delhi is home to me, primarily because of her,” says 25-year-old Purnima.

Rohil Chawla, who hails from Dehradun, came to Delhi around seven years ago to pursue his graduation. Having switched apartments every second year during his stay in the capital, he fondly remembers one maid who he felt was “accommodating and understanding.”

“At that time, we were six boys living under the same roof. Most maids would come with several inhibitions and feel unsafe because we were all boys. Many of the maids left the job within a month itself. But in 2014, when we shifted to Mehrauli, we had a maid who treated us just like her children. She would come and cook for us at even 11.30 pm, if we requested her. If there was a lot of food leftover, she used to ask us if we hadn’t eaten because we disliked the food or if we merely forgot to eat the food she had cooked,” shares Rohil.

Adishree Kakkar who works as a graphic designer, stays alone in a rented accommodation in Malviya Nagar. Apart from being a constant source of support, her didi Seema is one companion she looks forward to speaking with every morning.

“Every morning, my first interaction is with Seema didi. Those little chats about little things in the house — from grocery lists to her sweet nagging when I mess up the house — are quite a breather from my busy routine. Even one day of her absence creates a lot of confusion in my daily routine. At times when I’m low and not in a mood to speak, she quietly senses it and responds accordingly,” says Adishree.