Baby panda video as it struggles to snuggle goes viral! 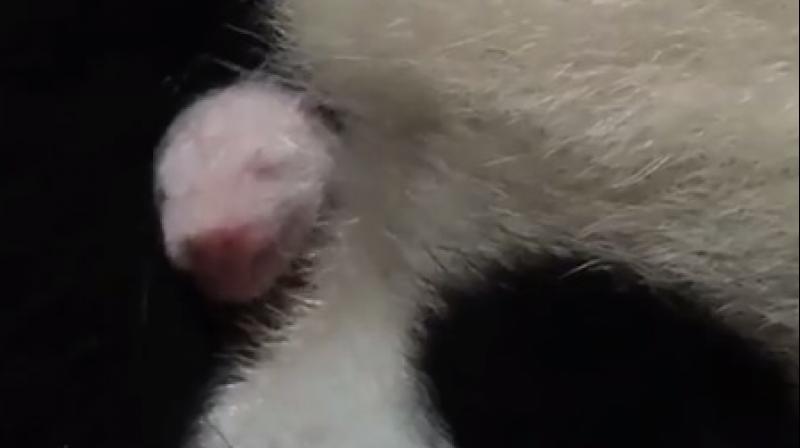 In one of the cutest videos ever, a tiny baby panda can be seen trying to nestle closer to its mum. The cub has been born to 11-year-old ShinShin. The father is another panda from the zoo named RiRi.

The vidoe was taken on June 16th when the cub was just days old. The fact that the cub has survived the first week comes as a relief to the zookeepers as ShinShin’s last cub that was born five years back had lived for a mere six days.

The new cab remains unnamed and zoo staff have not yet been able to determine the gender as of yet.

Pandas are born pink, hairless and weighing around 100grams.

Panda pregnancies in captivity have been long scrutinized with the zoo increasingly intervening and having zookeepers raise cubs to ensure survival. The first panda to be born in captivity was in 1985 and survived for a mere 43 hours.

The birth of ShinShin’s baby has seen the country being swept away with panda fever with one department store even decorating its roof with panda-shaped balloons and a bakery near the zoo selling panda-patterned bread.