Singer-songwriter Ankur Tewari in a candid tete-a-tete shares with us what exactly a music supervisor does. 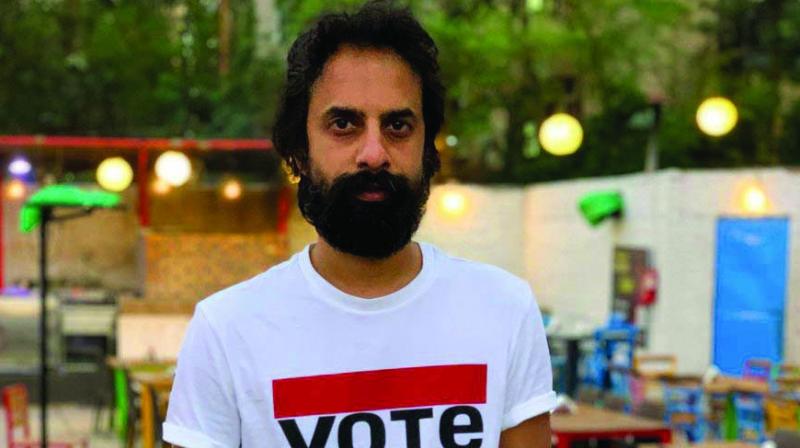 This year one of the biggest blockbuster films, Gully Boy, not only brought forward a gripping real tale, it also put singer and songwriter Ankur Tewari in the spotlight.  The musician with his music changed the course of Bollywood songs but also introduced the title of a music supervisor.

“A supervisor is basically someone who takes the screenplay and designs the music for the whole film. Designing includes making decisions on where the music should be and shouldn’t be. It includes creating a brief for the background score, for the kind of music that will be played on the radio, if there is a situational song do we need music there or not, it is a mixture of art design for music and casting, like you cast actors, you cast songs,” explains the 42-year-old.

As Zoya Akhtar handed him the movie script, Tewari shared that he worked around the script and tried to stay as authentic as possible. While he researched and followed the works of many artists, creating a list by the end of his recce that was later summarised into a workshop. “In the workshop, we worked with the artists and tried to figure out who fits what role the best. I had to work with people who have been doing it for a while, so I first follow what they are doing. All the hip-hop songs in Gully Boy, I ended up doing collaborations,” he shares.

Someone who has long been an independent singer performing around the country with his band Ankur & The Ghalat Family, Tewari is also known for his work on films like Slumdog Millionaire, Raat Gayi, Baat Gayi? and Crook: It's Good to Be Bad.

Having performed on stage and in studios, Tewari sees music as an art form where lyrics and music both complete a story. “In different songs, different things catch your attention at different moments. At times, you start a composition with some musical part and then you start getting into the lyrics, and sometimes it follows around,” he shares.

As a music supervisor, both the lyrics and music occur to him simultaneously. “Sometimes it is like a word or a phrase that I start playing with and then musical ideas start to flow in. Then we bring Sometimes it is an idea and we put words on top of it,” he explains.

Post Gully Boy, the singer-songwriter also released his EP, Little Whale, that was under making for about five years.

Along with Gaurav Raina of Midival Punditz and New York-based tabla fusion maestro Karsh Kale, Tewari’s four-track EP is an experiment with dreamy and ethereal sounds.

“The reckoning thought, through all the work was that we wanted to do work outside our comfort zone. I had a certain kind of comfort in terms of writing songs.

I wanted to sing at a high scale,” says Tewari who again donned the hat of a music supervisor for Zoya Akhtar’s web-series Made In Heaven and will be working on Sooni Taraporevala’s film on Mumbai’s Ballet Boys.