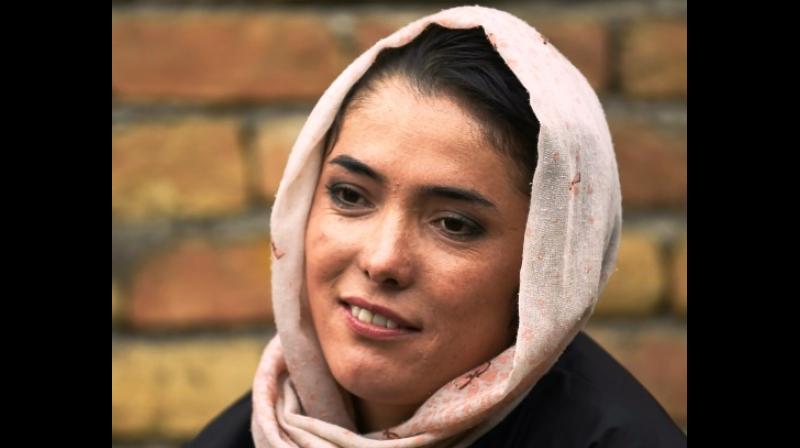 Women were more vulnerable than anyone during the Taliban regime. (Photo: AFP)

Kabul: Kobra Samim, who rides for Afghanistan's national cycling team, wrote on Facebook that women's participation in sport is her "red line" as the US tries to forge a peace deal with the Taliban.

Former politician Farkhunda Zahra Naderi tweeted that the protection of female leadership roles should be non-negotiable. And activist Samira Hamidi is demanding that women be included in the peace talks.

Across Afghanistan, women have taken to social media to join a campaign dubbed #MyRedLine that aims to pressure the government; the Taliban and the United States into ensuring women's hard-won advancements are not tossed aside in a rush for a peace accord.

"If the Taliban come back, we won't have the right to education, sports, and we will even be banned from coming out of houses," Samim, 23, told AFP as she adjusted the saddle on her mountain bike before setting off along a run-down Kabul Street.

"We want peace, but also we want to continue our sports and cycling." Farahnaz Forotan, a journalist and activist who started the #MyRedLine campaign with support from UN Women Afghanistan, said her own red line was "my pen and my freedom of expression".

"If peace doesn't bring social justice to all victims of war in every corner of the country, then it won't be a stable peace," Forotan told AFP. She said the #MyRedLine hashtag had been shared or retweeted thousands of times since the social media campaign was launched last month, with even President Ashraf Ghani tweeting that women's rights were the government's "red line" in the peace process. The campaign is also being shared on Facebook, in English, Pashto and Dari.