Caught in the web

No matter how actively women get involved in various online platforms, they remain victims in most cases of cyber crimes. Is society to be blamed? 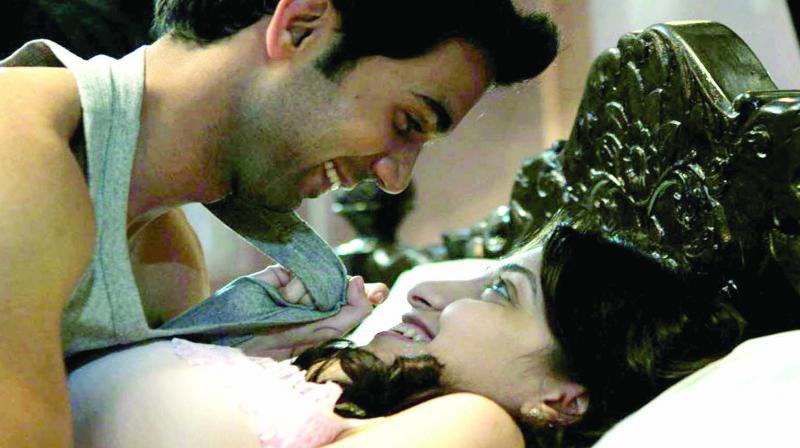 A still from Ragini MMS

The internet has become a virtual hotbed where a woman’s privacy, dignity and security are increasingly being challenged every moment. Take for instance the recent incident in which a 62-year-old woman accused her 34-year-old partner of rape when private videos of their sexual encounters went viral. In another recent case, the private videos of a woman techie were shared and went viral. Numerous such cases were reported earlier. For every such private encounter that takes the online route to infamy, there are a thousand other cyber crimes that go unreported.

“Regarding the case of the 62-year-old woman, it is obvious from the video that they had consensual sex. Instead of accusing the male person of rape, why didn’t she say that her intimate moments with a person she thought she could trust were leaked by the same person?” says counselling psychologist Kala Shibu. She adds, “Her claims of being sexually assaulted led to the society assaulting her emotionally.”

Kala lays part of the blame on society. “Society has not grown to a stage where she could say the truth and not be judged. But it is also when women speak out the truth fearlessly that they can set an example to other victims.”  Kala chooses to assert that it is not only women who are falling prey to such online leaks or traps but men, too, though videos of the men do not go viral. So, when the crime is the same, why are women crucified? Kala cites a case as her answer. “Recently, I came across a 19-year-old boy who had videos of his sexual encounters with his paramour and told me that even if the videos were leaked online, he would emerge a hero amongst his peers. That would not be the case with the girl who would become the victim.”

For countless women who are victims of such cyber crimes, the effects are far reaching with the scars being more mental than physical leading them down a lonely path even to the point of suicide. “It is very difficult to actually find out who the victim is,” begins Pattathil Dhanya Menon, India’s first woman cyber crime investigator. “In most cases, it would be the victims themselves who shoot such private videos and send them across sometimes to multiple people,” she states. She also adds that the definition of ‘victim’ has undergone a sea change and cases are getting complicated by the day. She shares Kala’s views that women are not the only victims. “The recent case where a 24-year-old man was arrested for sharing the videos of a 17-year-old boy is a case in point! The reason for this was the 24-year-old’s greed for money, which is often the case with most videos leaked online,” she reveals. She handles cases involving victims aged 12 and older and usually advises counselling. Dhanya also asks the victims to go to the police and file a case which not many follow up for fear of being ostracised.

Though aware of the repercussions of such acts, why do women allow their private moments (with spouse or not) to be filmed?  Poet and writer Sowmya Radha Vidyadhar feels that women are easy targets against whom fingers can be pointed at. “Even after so many frightening examples, women do not realise the gravity of their deeds nor do they think of the consequences. Women have to take care of themselves and I believe that whatever happens, it is the woman who will stand accused. We cannot demand society to stand by our side. Also, letting men get away with such crimes is an offence for which society is to be blamed because it points fingers only at women.” Sowmya states that such incidents have been increasing with each passing day. “Ultimately, I have to decide what is good for me and what is not. It is up to the women to stay alert always and be responsible for their actions.”

He feels that there is a need for specific campaigns from the government specifically targeted at women encouraging them to report such incidents to the police. Also, a mechanism should be developed where utmost confidentiality could be maintained while the investigations are underway. He opines, “People should also be educated on immediate steps to be taken rather than panicking, should they become a victim of such incidents. Also, when it comes to issues such as these, our society seems to be extremely backward in the way it reacts to it.”