Life   More Features  21 Feb 2017  This man translocates trees instead of cutting them down in Bengaluru
Life, More Features

This man translocates trees instead of cutting them down in Bengaluru 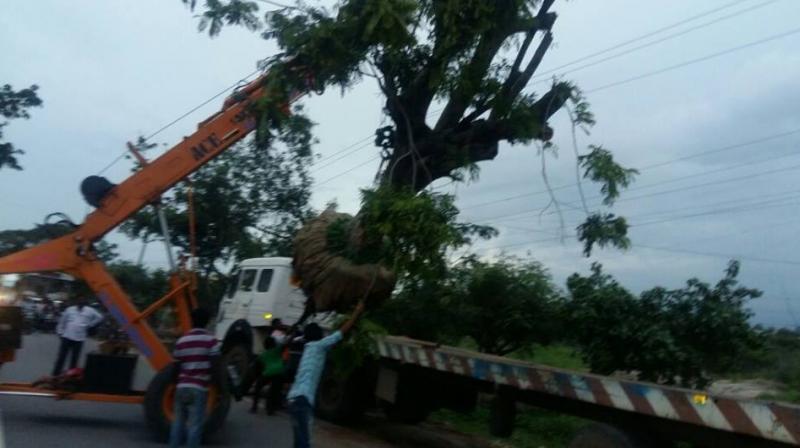 Ramchandra Appari is currently helping residents in Jayamahal by translocating 112 trees in their neighbourhood. (Photo: Facebook/RamachandraAppari)

Urbanisation has led to many trees getting cut down more often than we expect and there is not much people do about it. A Hyderabadi has found a solution to the rapid cutting down of trees in areas and is helping Bengaluru residents protect their trees. Bengaluru residents were facing the issue of many trees being cut down due to a proposed bridge.

According to a media report, Ramchandra Appari decided to take up translocation after he felt sad about the loss of trees in Hyderabad in 2009 when the Hyderabad-Vijaywada highway was being built. He was introduced to the ancient technique of translocation by a friend in Australia. The man has since started Green Morning Horticulture Services Private Limited and has done various projects that will help the unnecessary cutting of trees to stop.

Appari along with his company upon taking the project identify the trees and dig about 4 feet deep around the tree and treated with chemicals before they are transported safely later. The tree is transported with its roots wrapped into a ball and packed in a large jute bag. Ramchandra has translocated over 5,000 trees with a success rate of 80 percent, which is quite impressive. The Hyderabadi man will now be helping the Bengaluru residents in Jayamahal retain 112 trees so that it doesn’t hamper the oxygen levels and urbanisation at the same time.