Misdemeanour of pro-Trump teens at the Indigenous Peoples March 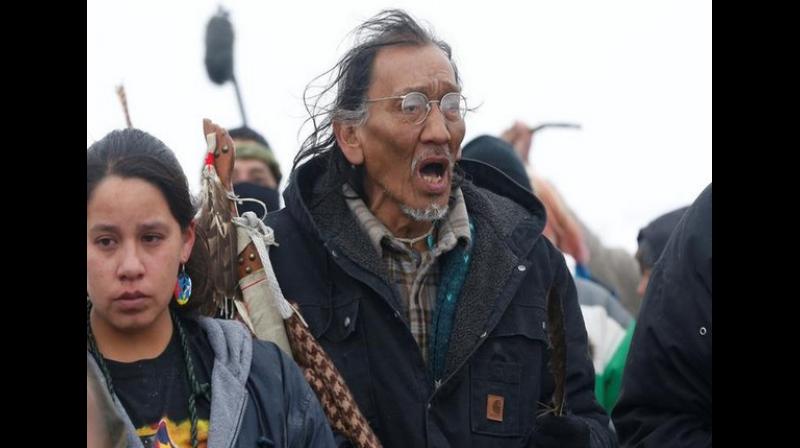 Washington: A video of a group of American teens, wearing 'Make America Great Again' (MAGA) apparel, mocking a Native American veteran near the Lincoln Memorial here sent shockwaves across the country, sparking an outrage. The incident occurred on the sidelines of the Indigenous Peoples March and March for life rallies here.

In the video, a teen in a MAGA cap, which is usually worn by US President Donald Trump's supporters, can be seen blocking the 64-year-old Native American, Nathan Phillips' way as he continues to drum."It was getting ugly, and I was thinking: 'I've got to find myself an exit out of this situation and finish my song at the Lincoln Memorial," Phillips told Washington Post, adding that he felt threatened by the group of teens surrounding him.

"I started going that way, and that guy in the hat stood in my way, and we were at an impasse. He just blocked my way and wouldn't allow me to retreat," he continued while referring to the smirking teen from the video. Phillips was singing the American Indian Movement song, which is performed to send the spirits home when the incident occurred. He thought about his late wife, Shoshana who had passed away of bone marrow cancer while drumming.

"We condemn the actions of the Covington Catholic High School students towards Nathan Phillips specifically, and Native Americans in general," the school to which the teens belong to stated. "The matter is being investigated and we will take appropriate action, up to and including expulsion," the statement further mentioned.

"As a Catholic who attended Catholic School, I was taught love, acceptance, and compassion. The behaviour on display here is the complete opposite of that – it's intolerant and hateful. This is the kind of behaviour modelled by our President. Unacceptable," Congressman Tim Ryan tweeted on Sunday.

"We can ask better of our kids. Hate and intolerance are not ok. That MAGA hat does not make it ok. That is perhaps the most profoundly damaging thing Trump's politics have done to America. And the long-term consequences of it for this country winning the future is frightening," he further stated.