The python rests on her lap as the girl calmly sips on chocolate milk. 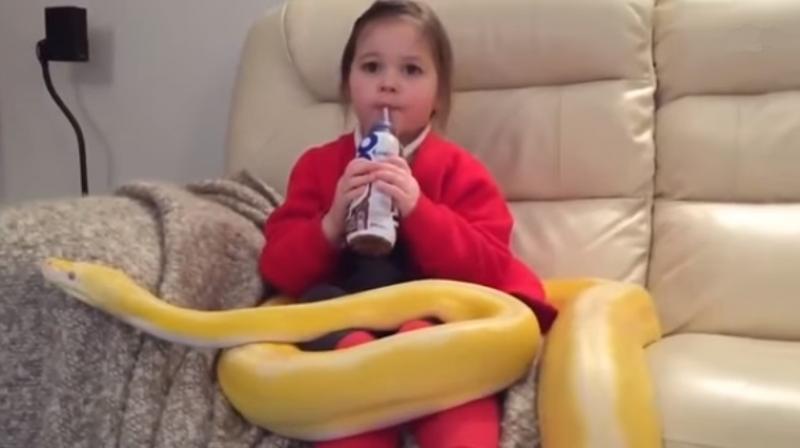 The girl and her pet named Cher are known to be from UK (Photo: YouTube)

Python’s are terrifying creatures and no one would want their child anywhere near one of these massive serpents. But in the past few years while incidents of pythons attacking individuals have shocked people, visuals like that of a child riding a pet python have astonished many.

A similar footage showing a child petting her python while calmly sipping chocolate milk is going viral on the internet. The girl from UK can be seen with the python called Cher in her lap as she casually stokes the snake left in charge of babysitting the girl.

While the exact location of the girl and her friend isn’t known, people are stunned at the fearlessness of the child in presence of an intimidating creature.