Parents must maintain a rapport with their kids so they can talk about anything wrong, especially sexual abuse 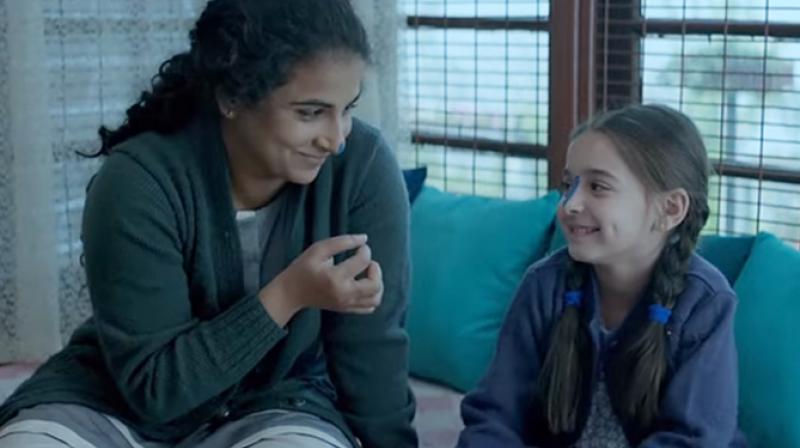 Kahaani 2 showed the ill effects of abuse on a child

Ahead of the launch of his memoir Greenlights recently, Hollywood actor Matthew McConaughey opened up about being molested as a teenager and how the incident left him in guilt for many years. The 50-year-old Interstellar actor also spoke about a haunting experience from his childhood, about losing his virginity at age 15 and how he thought premarital sex was a sin.

“I was blackmailed into having sex for the first time when I was fifteen. I was certain I was going to hell for the premarital sex. Today, I am merely certain that I hope that’s not the case,” he wrote in his memoir. He also added that he was molested by a man when he was eighteen while unconscious in the back of a van. The actor also confessed that these two negative memories make him feel like a victim.

Closer home, Bollywood celebs such as Sonam Kapoor, Akshay Kumar, Kalki Koechlin, sitar player Anoushka Shankar, Anurag Kashyap and most recently Aamir Khan’s daughter Ira Khan have spoken about their unpleasant experiences while growing up. The obscure experiences, sometimes in the form of sexual abuse, are unnerving, leaving behind depressing memories for rest of the life. It takes a survivor of sexual abuse interminable nerve to voice out their ordeal and work at getting over the daunting past, and yet it is perfectly understandable why some just live with it.

Unfortunately, such instances are only rising in India and abroad, but fortunately, family members can help in ameliorating the situation.

As per a report by National Crime Records Bureau (NCRB), the total number of child pornography/rape and gang rape complaints lodged in the National Cybercrime Reporting Portal (NCRP) from 1 March 2020 to 18 September, 2020 is 13,244.

While the staggering numbers could be shocking, it needs to be remembered approximately double the number of cases do not get reported as in most cases. While it could be because some abused kids don’t even understand what is happening with them at that age, in some cases, even parents ask them to keep quiet to avoid a bad reputation.

Cyber psychologist and psychotherapist, Nirali Bhatia agrees that most people are discouraged to open up about their sexual abuses. “Usually, if it’s a random molester, people would speak but if the abuser is known to the family, it is shelved under the carpet,” says the psychotherapist.

Shockingly too, Nirali also adds that most times the abuser is a family member or a known neighbour. “Some parents don’t even realise that their child is getting molested. They just brush off the possible instinct in their mind by telling themselves and the child that it’s the way that person expresses affection.”

Vayjanta Parekh, a happily married 35 year-old Delhi-based woman, tells us how she still feels noxious recalling the experience she went through at the age of 12.

“My parents always protected me. I was never allowed to go for night-outs at my friends’ house. My parents wouldn’t let me interact with our relatives either. But I visited my Nani’s house every vacation, where my mama would make advances at me, which was more than just touching me inappropriately,” says Vayjanta. “Honestly, I never understood what was happening and I still feel bad thinking about it. It was much later that I told about all of it to my mother over a call. Those multiple experiences made me hate the thought of marriage and physical intimacy.”

While it is natural to believe that women are more vulnerable to such abuses, men, too, are victims of these predators.

Journalist by profession, Bangalore based 32-year-old Shobhit Soni shares that he still doesn’t use the word ‘bum’, for it reminds him of the incident he went through as a teenager. “I used to take basketball classes and my coach used to touch me inappropriately. Whether I am playing well or not, the trainer would come and just hit me on my bottoms with his hands, and I remember it was never in a way a teacher would do so,” says Shobhit, who adds that when he mentioned this to his father, the latter promptly enrolled him in another academy.

Physical abuse, such as getting a black eye, could create as much shock as the physical pain owing to the marks it leaves on the body. On the other hand, child abuse or molestation may not leave any tell-tale signs on the victim’s body. The scars those abuses leave behind are emotional, with long-lasting effects that damage a child’s sense of self and future relationships.

Nirali Bhatia also talks about cases she’s known in which parents also have their own fears of the past. “Sadly, these things don’t die easily and remain with the victim for a long time in life, till he/she vents it out completely. It’ll surface every time there’s a trigger, so it’s best to talk about it at the initial stage,” she adds.

Even clinical psychologist Dr Monica Sharma stresses that parents should refrain from ignoring children’s needs. “Regardless of the type of abuse, the result is serious emotional harm,” states Dr Monica. “Most of the time, children don’t even know they are getting molested, which is usually because of the lack of information passing between the parents and children.”

The psychologist insists that parents be educated about this and teach their kids about good and bad touch. “Kids are also scared to speak because they feel they’ll be judged or could cause harm. Parents must develop this trust in their kids,” adds Dr Monica.

While several schools across the country conduct educational programs to educate kids about good and bad touch, clinical psychiatrist and the founder of The Freemind Initiative, Alpes Panchal suggests that even parents should become innovative while imparting knowledge about inappropriate touches.

“It’s difficult to impart any education in young adults because they may be at a rebellious age. So the information passed needs to be friendly and interesting,” adds the psychiatrist, suggesting video clips etc. to impart the knowledge nicely.

Dr Sharma also suggests that giving the right reason is important for anything you teach your child. For instance, in Delhi and other cities, many parents have installed cameras in cars, so they can know that their kids are safe while they’re driven around anywhere. “It is important to ensure that the child doesn’t feel being watched all the time. Parents need to give them a reason that is reasonably convincing. They might tell the kids that the cameras are for the car’s security and not to keep an eye on them. Trust is the only key,” points out Dr Monica.