Chicken poop can be used to generate electricity: study

Treated excrement from turkeys, chickens and other poultry birds may be used as a fuel for heat and electricity generation. 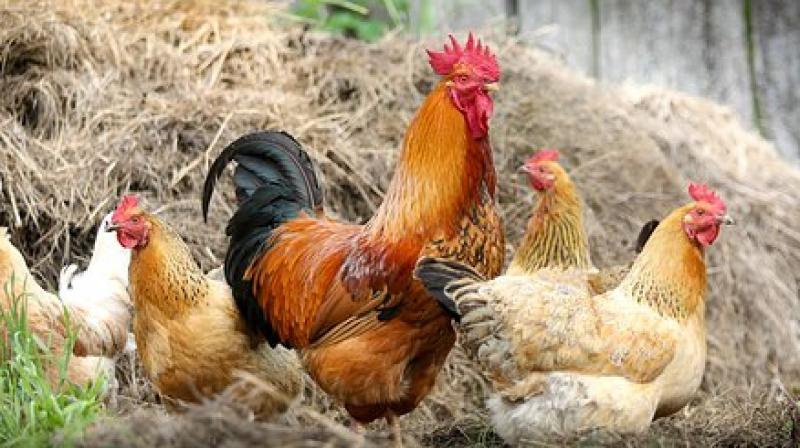 The treated excrement when converted to combustible solid biomass fuel, could replace about 10% of coal used in electricity generation. (Photo: Pixabay)

Treated excrement from turkeys, chickens and other poultry birds may be used as a fuel for heat and electricity generation, reducing greenhouse gases and providing an alternative energy source, a study has found.

The treated excrement when converted to combustible solid biomass fuel, could replace about 10 per cent of coal used in electricity generation, according to a study published in the journal Applied Energy.

"Environmentally safe disposal of poultry excrement has become a significant problem," researchers at the Ben-Gurion University of the Negev (BGU) in Israel said.

They evaluated two biofuel types to determine which is the more efficient poultry waste solid fuel.

They compared the production, combustion and gas emissions of biochar, which is produced by slow heating of the biomass at a temperature of 450 degrees Celsius in an oxygen- free furnace with hydrochar.

Hydrochar is produced by heating wet biomass to a much lower temperature of up to 250 degrees Celsius under pressure using a process called hydrothermal carbonisation (HTC). HTC mimics natural coal formation within several hours.

"Poultry waste hydrochar generates heat at high temperatures and combusts in a similar manner to coal, an important factor in replacing it as renewable energy source," he said.