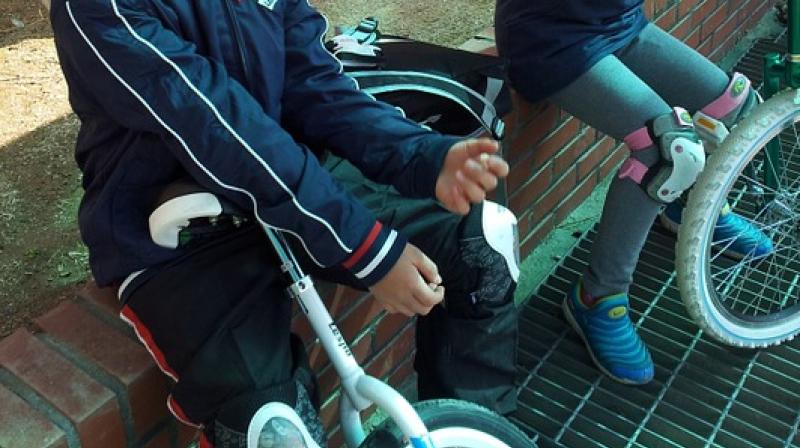 Lagos: In a driveway of a suburban Lagos house, 14-year-old Kehinde Oguntokun juggles colourful circus clubs as he swings around on a unicycle. The teenager has been cycling on the one-wheeled vehicle for four years, learning the skill at a dedicated school, the Gkb - or “God knows best” - Unicycle Academy, in Nigeria’s commercial capital.

“People don’t actually do it very much so it looks new to people when they see it with us,” Oguntokun said at an after-school practice session, where pupils learned how to ride in unison, holding hands and twirling around each other. A performance skill rarely seen on the streets of the west African country, Olalekan Kuyoro founded the academy in 2014 and has trained more than 40 children since.

After failing to get into university, Kuyoro learned to unicycle in 2012, soon deciding to teach children full-time rather than adults, saying they picked it up faster. “I started with ... a seven-year-old boy and I was amazed that (it) took me a month to ride and a seven-year-old boy could just do it easily,” the 29-year-old said.

The self-funded school, which holds classes in Kuyoro’s driveway, trains children aged seven to 15, teaching them juggling, skipping and other tricks on unicycles. It has 18 unicycles, each costing 7,000 naira (USD 23) and requiring regular maintenance.

Pupils put on paid performances at events and carnivals and also impromptu shows at market venues when in need of urgent funds for costumes, unicycles and, sometimes, food. They take home money from their performances, Kuyoro said, and also show off their skills in Instagram posts, where the school’s account has more than 16,000 followers.

“People really don’t know what it is, like a broken bike. They are like ‘What is the future for this thing? I’d rather put my child in football academy.’ So I have to talk to them,” he said, adding the daily rehearsals kept pupils from hanging out on the streets. “We take a lot of kids out of the street ... so what they are doing now is channelling their energy towards productive thing instead of doing funny things.”