For the first time ever, J&J recalls baby powder bottles due to asbestos 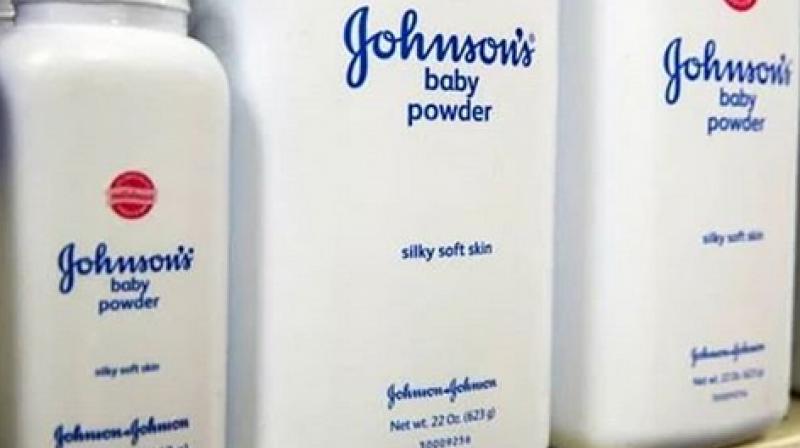 Asbestos has been present in J&J's baby powders for a while. (Photo: vanessalevel1/ Instagram)

Washington: Johnson & Johnson said on Friday it is recalling around 33,000 bottles of baby powder in the United States after US health regulators found trace amounts of asbestos in samples taken from a bottle purchased online. J&J shares fell more than 6 per cent to close at USD 127.70.

The move marks the first time the company has recalled its iconic baby powder for possible asbestos contamination, and the first time US regulators have announced a finding of asbestos in the product. Asbestos is a known carcinogen that has been linked to deadly mesothelioma.

The recall is the latest blow to the more than 130-year-old US healthcare conglomerate that is facing thousands of lawsuits over a variety of products, including baby powder, opioids, medical devices and the antipsychotic Risperdal. A jury last week ordered the company to pay USD 8 billion to a plaintiff in a case claiming J&J downplayed the risks of Risperdal. That award is not expected to stand, the company and legal experts have said.

J&J faces more than 15,000 lawsuits from consumers claiming its talc products, including Johnson’s Baby Powder, caused their cancer. On a conference call with reporters on Friday, Dr Susan Nicholson, head of Women’s Health in the company’s medical safety organization, called the asbestos finding “extremely unusual,” adding that it was “inconsistent with our testing to date.”

The voluntary recall announced on Friday is limited to one lot of Johnson’s Baby Powder produced and shipped in the United States in 2018, the company said. J&J in a news release said that testing by the US Food and Drug Administration as recently as a month ago found no asbestos in their talc.

The FDA said in a statement that the latest sampling took place during its testing for asbestos in talc-containing cosmetics that it began reporting this year. A second Johnson’s Baby Powder sample from a different lot tested negative for asbestos, the agency said.

The FDA said it stands by the quality of its testing and results and recommended consumers stop using the product if it comes from the affected lot. J&J said on the conference call that it received a report from the FDA on Oct 17 alerting the company about the asbestos finding. It said it has started an investigation and is reviewing manufacturing records and collecting data on the distribution of the lot to determine where the product was shipped. J&J added that it is working with the FDA to determine the integrity of the tested sample as well as the validity of test results.

The type of asbestos discovered by FDA testing has not been found in the mine where the company sources its talc, J&J’s Nicholson said. She described it as an environmental contaminant most commonly found in building materials and industrial applications.

“It is so critical that we perform a thorough investigation of the sample to determine the source of contamination,” Nicholson said. Since 2003, talc in Johnson’s Baby Powder sold in the United States has come from China through supplier Imerys Talc America, a unit of Paris-based Imerys SA and a co-defendant in much of the talc litigation. Imerys and J&J said the Chinese talc is safe.

J&J has known for decades that asbestos lurked in its talc, Reuters reported last year. Internal company records, trial testimony and other evidence show that from at least 1971 to the early 2000s, the company’s raw talc and finished powders sometimes tested positive for small amounts of asbestos. Company executives, mine managers, scientists, doctors and lawyers fretted over the problem and how to address it, while failing to disclose it to regulators or the public, Reuters found.

J&J has repeatedly said that its talc products are safe, and that decades of studies have shown them to be asbestos-free and that they do not cause cancer. The FDA test indicated the presence of no greater than 0.00002 per cent of chrysotile asbestos in the tested sample, J&J said.

The World Health Organization and other authorities recognize no safe level of exposure to asbestos. While most people exposed never develop cancer, for some, even small amounts of asbestos are enough to trigger the disease years later.

Thousands of the lawsuits against J&J have been consolidated before a New Jersey federal judge, who is currently weighing company motions to disqualify plaintiffs’ expert witnesses, including the head of an asbestos testing lab who has testified in earlier trials that he found the contaminant in J&J powders.

Leigh O’Dell, one of the lead plaintiff attorneys, on Friday said the recall “vindicates the position we’ve been taking for months.” Wells Fargo analyst Larry Biegelsen said in a research note that the recall could encourage additional lawsuits and prompt the company to pursue a broader settlement.

Jefferies healthcare strategist Jared Holz said J&J has already lost close to USD 10 billion in market value due to the talc issue over the past year. He said further downside to J&J stock is likely to be limited because legal concerns over talc are well known and have already taken a toll on the share price. “This is one single bottle within one lot with barely a trace here,” he said.

J&J said in February that it had received subpoenas from the US Justice Department and the Securities and Exchange Commission for documents related to the asbestos contamination allegations. A Bloomberg report, which Reuters has confirmed, said those inquiries include a criminal grand jury investigation into how forthright J&J has been in its statements about the safety of its powders.

While talc products make up less than 1 per cent of J&J sales expected by analysts to reach USD 82 billion in 2019, the New Jersey-based healthcare-products maker considers its Baby Powder to be an essential facet of a carefully tended image as a caring company.