Phantom woman has been attending every funeral for last 14 years 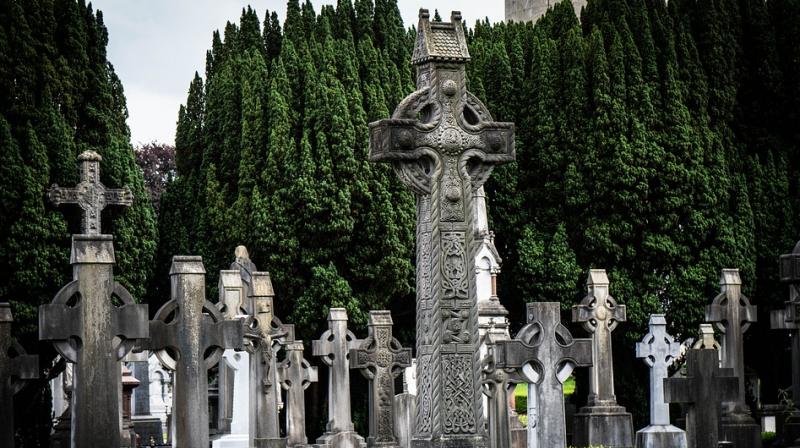 While the priest says that he is powerless to stop her from attending, families are not too happy about it. (Photo: Pixabay)

Phantoms, it seems, come in every shape and sizes. In a bizarre incident, an unnamed woman has been accused of intruding by families since she turns up at funerals uninvited.

The phantom mourner, who goes to every funeral at the local church, seems to do so for the free food at the wake. While the priest says that he is powerless to stop her from attending, grieving relatives, are not happy, to say the least.

It turns out that the woman has joined mourners at almost every funeral for the last 14 years and even chats to grieveing family members and at one recent funeral ate buffet food ‘like there is no tomorrow’.

To top it all, it turns out that the mourner is known to the local priest who said that he had spoken to the woman, who believes that it is her duty to attend as many church masses as possible.

Father Noah Connolly, of the Holy Redeemer Church in Slough, Berkshire, said the religious woman for some reason believed it was her duty to attend services.

According to the priest the lady comes toe every funeral and and if there is a reception afterwards she makes her way to it without invitation.

Not only that, a mother whose daughter died after battling a rare illness slammed the stranger after she turned up at the family funeral in Slough and filled a box with food at the wake.

Catherine Whitehead died at the age of 42 and three weeks after her death friends and family gathered for a funeral but the unknown woman appeared on a bicycle and later began chatting to guests at the wake.

The lady even got Catherine’s sister to give her a lift from the church to the Irish Centre for the wake.

It turns out that when her mum asked the lady who she was she told her that she used to work with Catherine as a waitress.

It was then it struck her as Catherine had never worked as a waitress.

Despite what she claims, most mourners feel that she comes just for the free food.