Karen Turner found a black cat with white chest fur identical to her pet Sammy lying dead on the road. 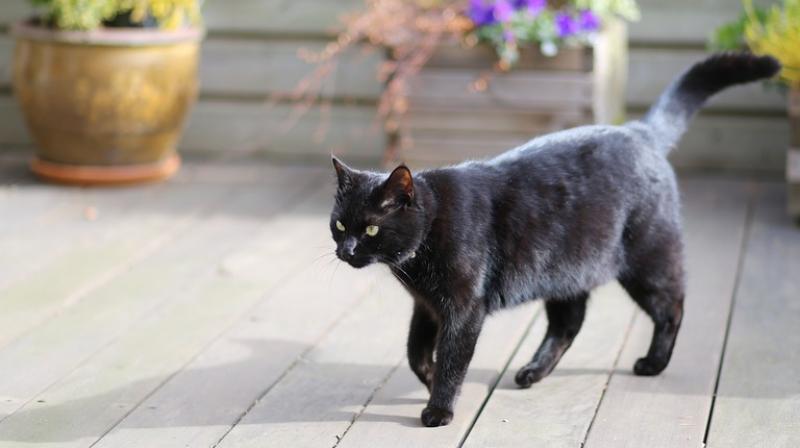 Her husband Dave was consoling her when the real Sammy strolled in. (Photo: Pixabay)

A cat turned up on its tearful owner’s doorstep after she thought she had buried it.

Karen Turner found a black cat with white chest fur identical to her pet Sammy lying dead on the road.

Heartbroken, she took it to her dad’s where they laid him to rest with a wooden cross, bearing the epitaph, “Sammy. Loved by All.”

Here is when things get a bit more interesting.

Her husband Dave was consoling her when the real Sammy strolled in.

Karen says that at first she did not know whether to laugh or cry.

Speaking to The Sun she said, “I was almost hysterical and found myself scolding Sam like he was a naughty little boy. I was saying to him 'You are supposed to be dead. Where the heck have you been?'

The cat owner went on to add that it’s a real shock when suddenly you see your dear, departed pet come strolling back from the dead.

Fortunately for the deceased kitty, Karen was able to trace the mystery cat’s owner Lister De Lara Taylor via Facebook.

The owner who went on to reveal that the cat was named Maurice said, “I was so sad, but when Karen told me the lengths they had gone to, giving my lovely boy such a decent sent off, I was extremely moved by their kindness.”

Maurice was exhumed and returned to her.