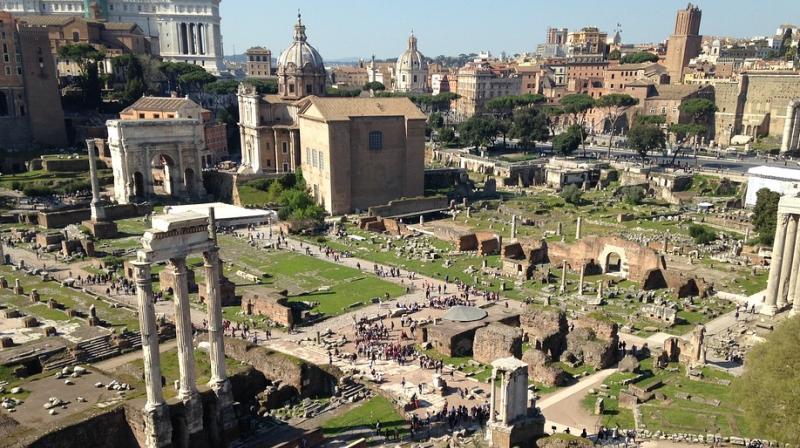 In the ancient city of Cyrene, a herb called silphium was as valuable as gold despite its unimpressive look.

It is described as having short leaves, tiny yellow flowers and plump roots. The Greeks put it on their money and Julius Caesar stored large amounts of it in the government treasury, according to a report by BBC.

Contents of the plan were used in food, to treat various illnesses and Romans' immense love for it was noted in many works of literature, poems and songs.

Silphium's stock was crunchy, so it was roasted, sautéed or boiled for consumption. Its roots were dipped in vinegar and sheep were fed the herb to make its flesh tender, the report revealed. The herb’s sap was also used in many Roman extravagant dishes.

The wonder herb was used to treat many ailments, "including growths of the anus" and dog bites, the report stated. Silphium could have very well been the world's first effective birth control and was popularly used as an aphrodisiac.

How was it discovered?

Over two and a half millennia ago, a “black” rain swept it across Libya’s east coast, ancient tales claims. Silphium's roots then spread in the forest and hillsides. While North Africa is not known for green pastures,  Cyrenaica was a space of highlands blessed with lots of water.

Local kings exclusively possessed the herb for centuries, making Cyrene, now Shahhat, Libya, the richest land in Africa. Eventually the land was occupied by the Romans who relished it and Greeks who put it on their money. Julius Caesar even reportedly stored 680 kgs in the official treasury.

However, for this entire tiny herb's glory, its true identity is still a mystery.  Roman author Pliny the Elder wrote that in his lifetime (between AD 23 - AD 79), only one stalk was found and given to the Emperor Nero, the last king of the Julio-Claudian dynasty.  Some believe it is now extinct, others feel it is hiding as a Mediterranean weed.

With a change of its many occupants who found great use for the plant, which only grew in this region, it started to disappear within 100 years.

A thriving black market, overharvesting and overgrazed were contributing factors. Neither the Greeks nor the Romans were able to find a way to farm it and so it had to be collected from the wild.

However, scientists now believe, the herb may have belonged to Ferula, a type of fennel-like plant, which is related to carrots that grow wild as weeds in North Africa and the Mediterranean. Two of these plants, the Tangier fennel and giant fennel still exist in Libya and one of them could be silphium.

If that's true, would it be as valuable today and widely used? Probably not experts believe. Modern tastes are different to what they once were back then. "There's a whole bunch of seasonings that the Romans used to use, like lovage, that today most people haven’t even heard of," Erica Rowan, a classical historian from the University of Exeter, told BBC.

While the true identity of the popular ancient plant may never be uncovered, there are lessons to be learned from its decline and disappearance. Overgrazing and land turned into deserts is causing many species to disappear at a fast pace, as a survey of Cyrene revealed.